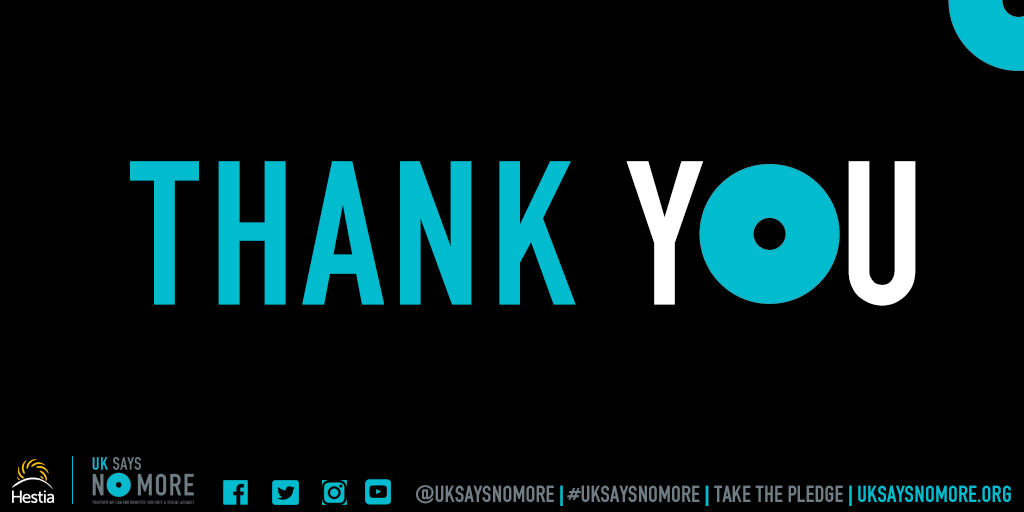 UK SAYS NO MORE Week is over but the conversation about Domestic Violence & Sexual Assault has only just started.

In the UK, an estimated 4.5 million women and 2.2 million men have experienced domestic abuse since the age of 16, and nearly half a million adults are sexually assaulted in England and Wales each year (ONS). Domestic violence and sexual assault can affect anyone, of any age, gender, sexuality, race, ethnicity or religion.

Our aim of the week was to encourage individuals to TALK, ACT, GIVE and by doing this, we have seen so many organisations and Police Forces across the country start the conversation surround Domestic Violence & Sexual Assault.

On Monday 15th we attended the National Care Forum in Birmingham to introduce the campaign to the care sector. Lyndsey Dearlove (below left), Hestia VAWG Partnership Manager attended said ‘the event showcased how technology is being used to enhance the Care Sector and improve the lives of those require support.’ 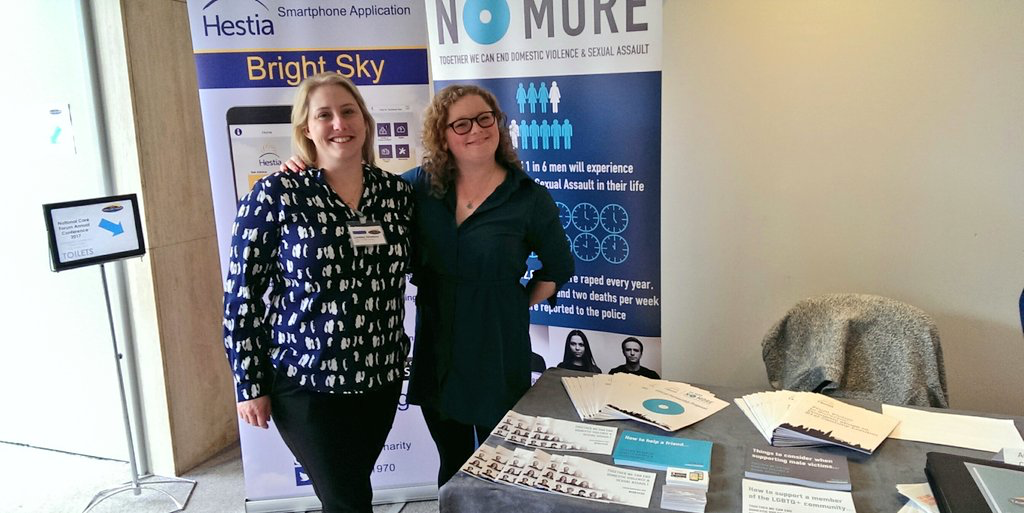 On Tuesday we joined Hogan Lovells to launch their first Domestic Violence HR Policy for over 1,200 London staff members. Susan Bright, Regional Managing Partner said, ‘I am proud to be taking part in an initiative that tackles these issues head on, and to be amongst the many others who are also publicly pledging their support this week.’ 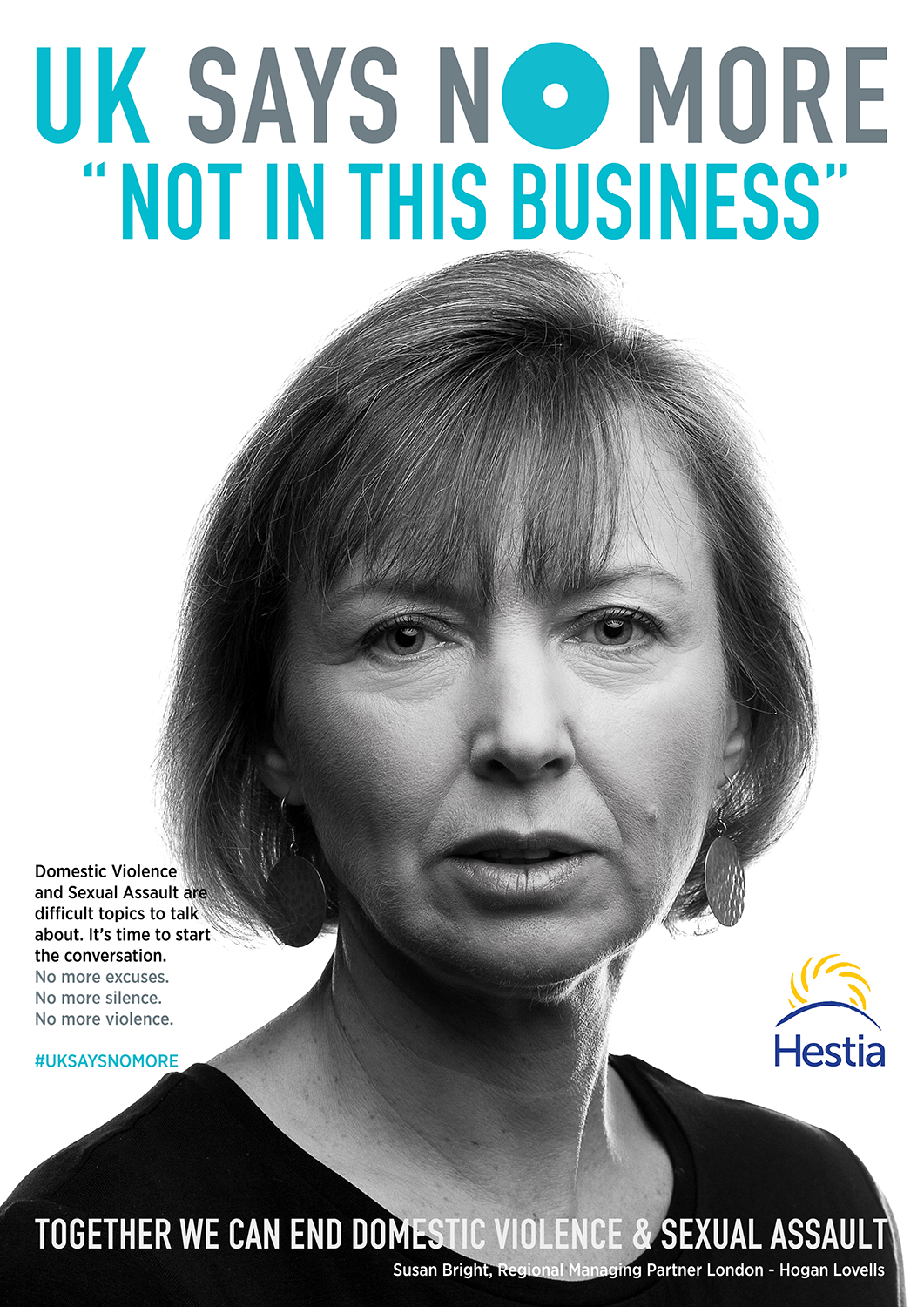 Followed by an exclusive pre-launch book party with author Winnie Li where she discussed her debut novel ‘Dark Chapter’.  For Winnie, this was a way to help process the aftermath of her attack ten years ago in Dublin. She hopes her novel will encourage more people to find the confidence to come forward to seek specialist support. 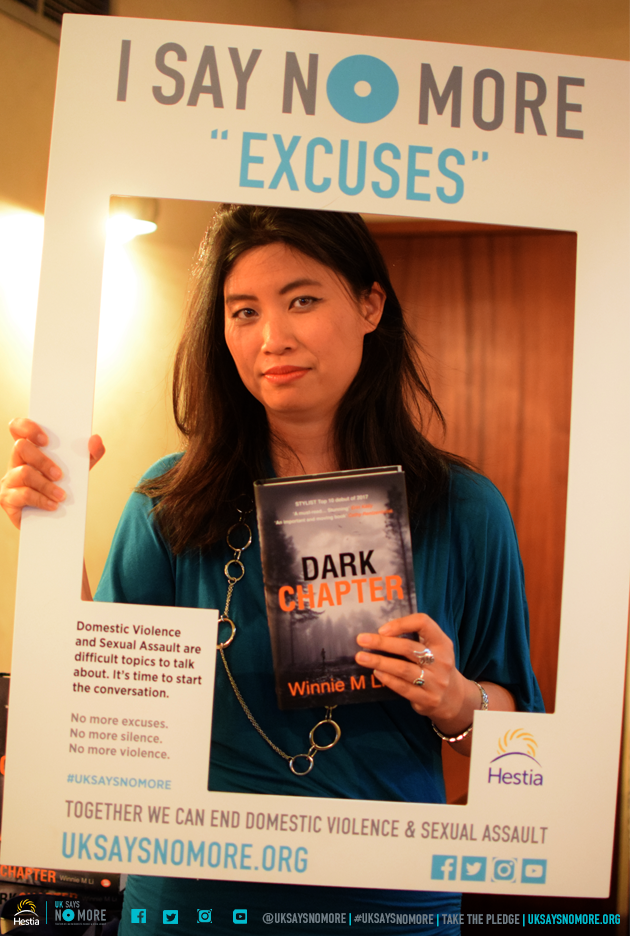 On Wednesday we worked with PurePR, DAFNI, MissBeez and Hair Academy Salon on ‘Celebrating YOU: Strength, Survival and Beauty’. The event allowed us the opportunity to give the women across our 33 refuges a day of make-up, hair and nail treatments to enjoy. DAFNI inventor Sharon Rabi believes events such as this allowed women to meet other people who have experienced similar issues and to know they are ‘not alone’. 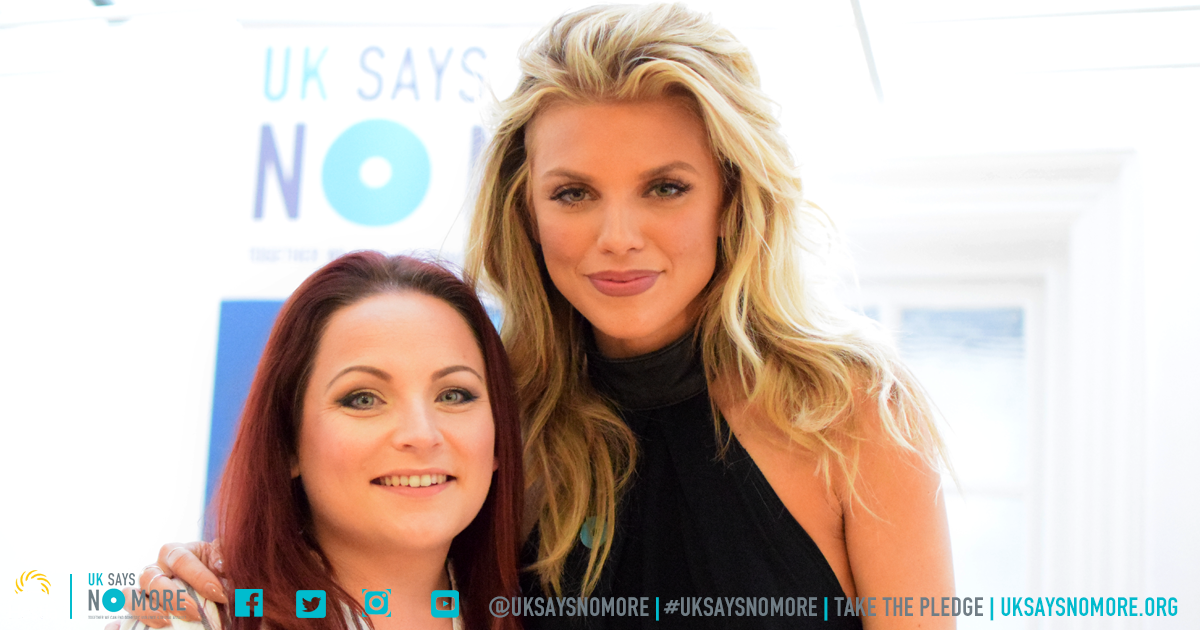 Also speaking was AnnaLynne McCord, Becky O’Brien and Seerna Al Noor who gave inspiring talks about their personal journey of abuse to help empower the women in audience. The day was concluded by a motivational talk by Madeline McQueen. 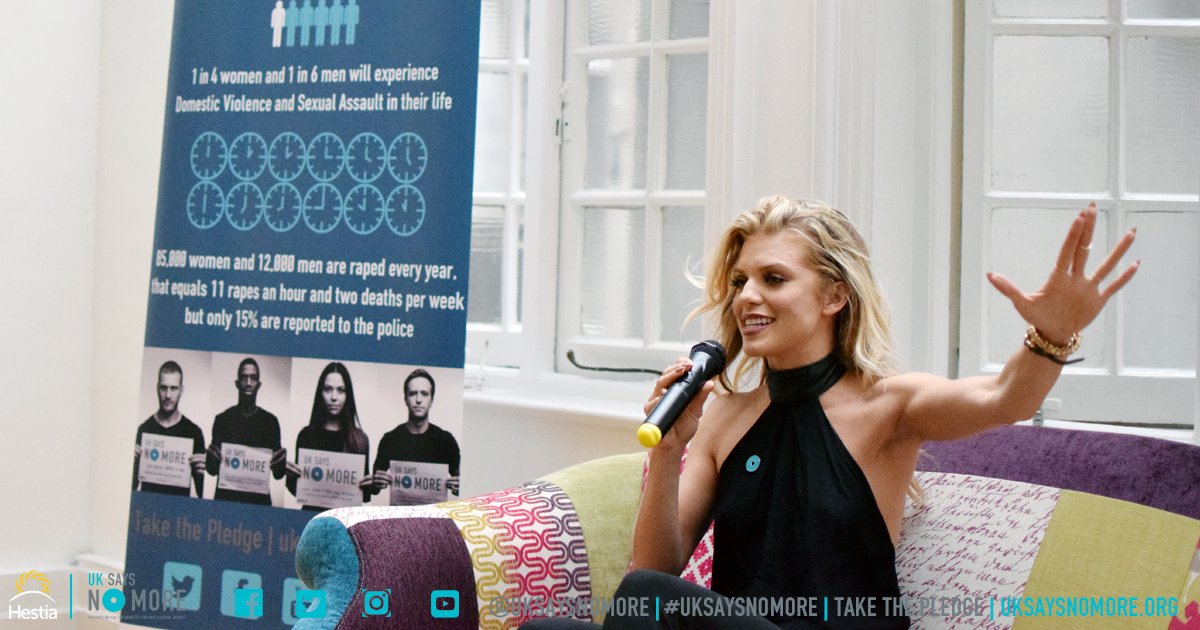 We also joined Southwark Playhouse’s production of ‘A Lie of the Mind’ in their post-show Q&A cast members including Game of Thrones star Gethin Anthony and Michael Fox about their roles and understanding of Domestic violence within the family unit. We consulted in their initial rehearsals about the feelings of experienced when you are being abused. 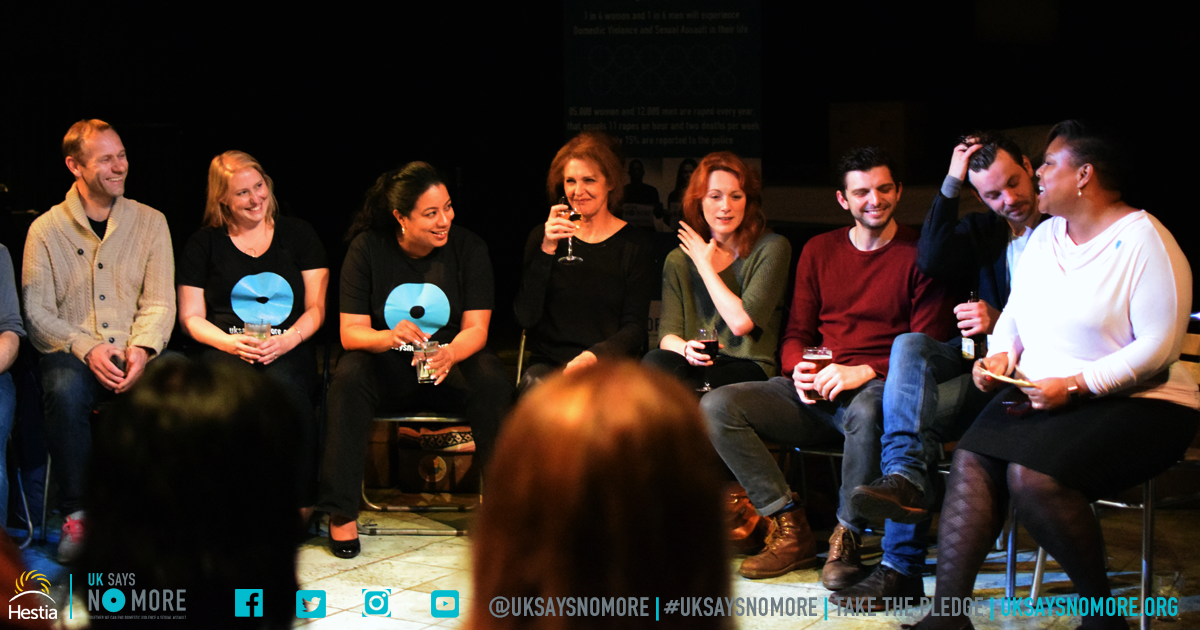 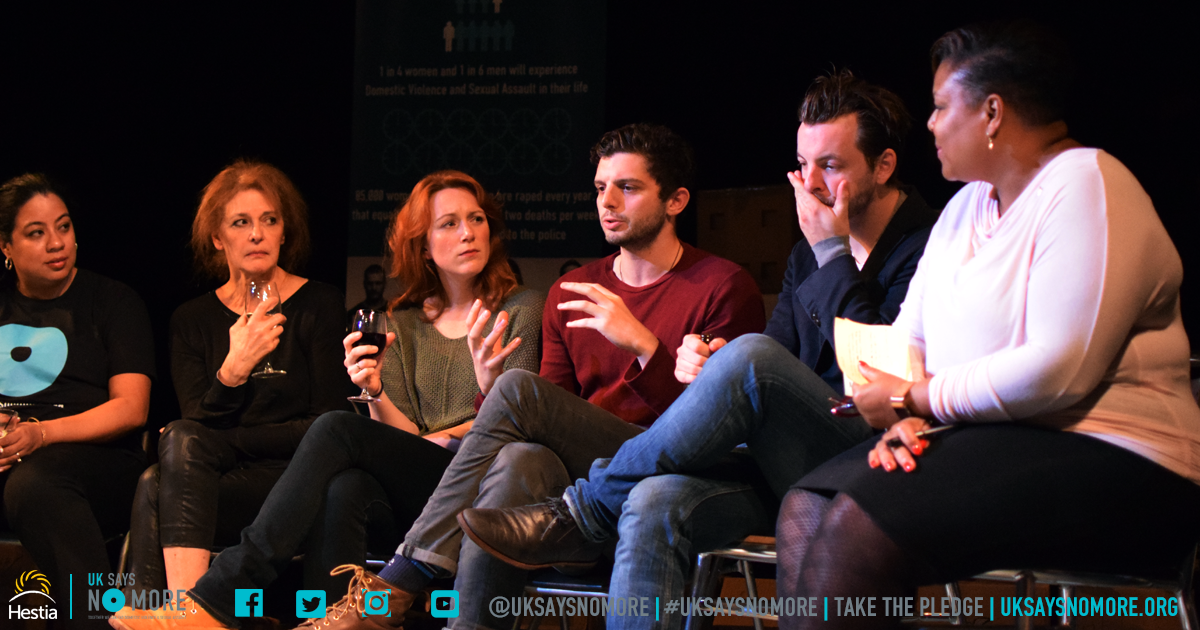 The week concluded to celebrate the dedication and hard work of Hestia staff to promote healthy well-being when working with victims of trauma. The session was led by expert Dr Roxane Agnew who showed how balancing your work load and social life is crucial to a healthy well-being. We were also joined by Sarah Anderson and Paul Jackson, founders of volunteer based organisation The Listening Place who provide support for those who are suicidal. 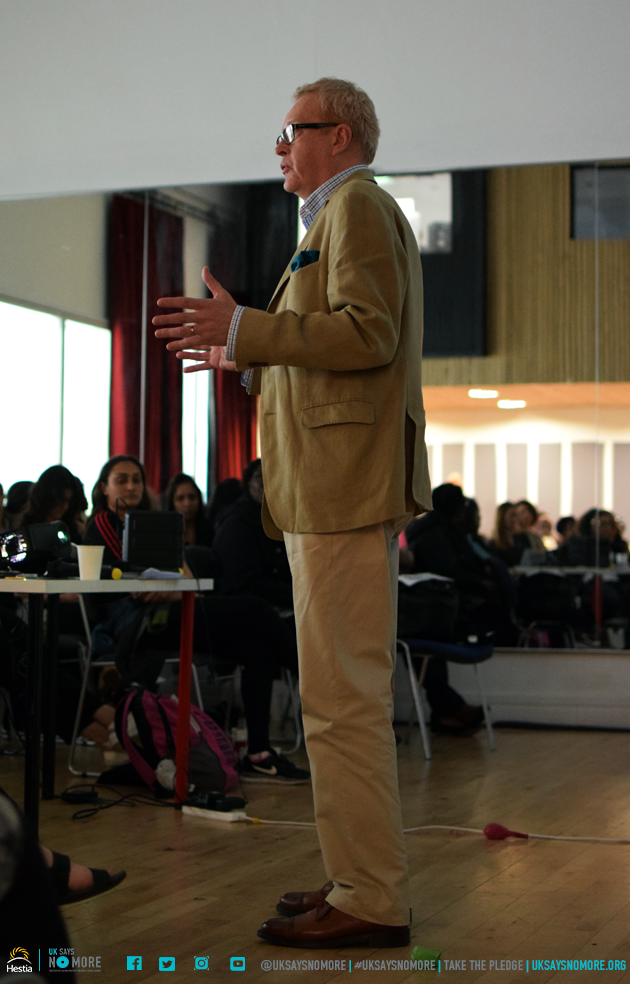 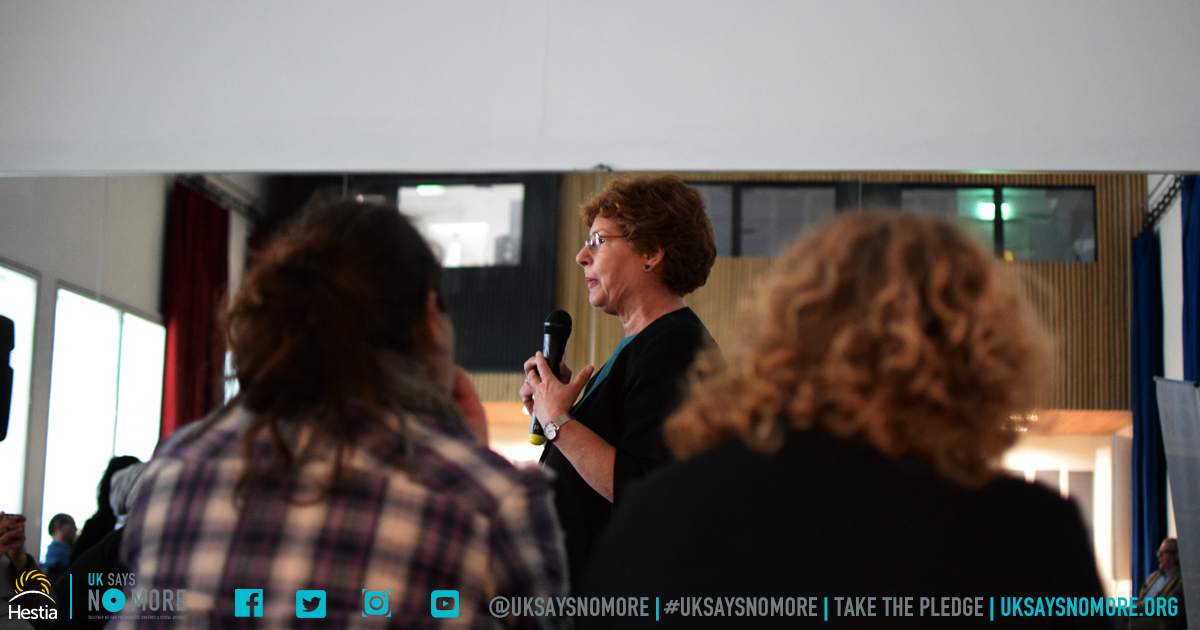 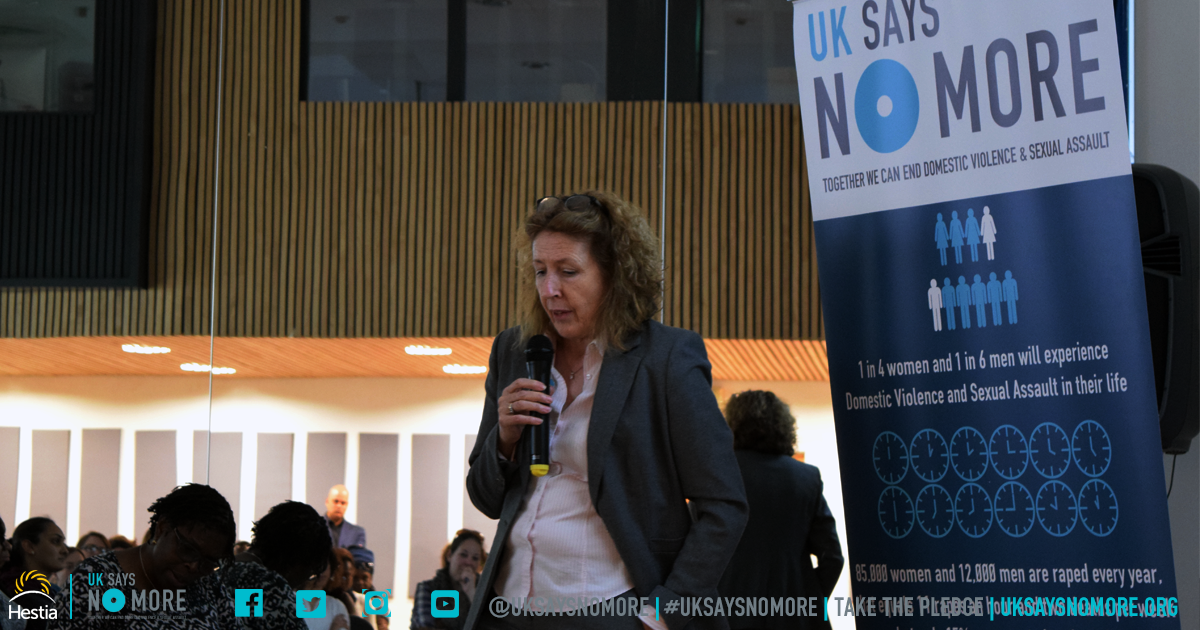 Around the country, our incredible partners said NO MORE:

It is the No More Week. Speak out and send us your pledge #TogetherWeCan.Our Trustees have taken the pledge, it's your turn #CymruSaysNoMore pic.twitter.com/UxrUQeoh96

There are many reasons a victim might not fight, but this doesn't change the fact that sexual assault is sexual assault. #togetherwecan pic.twitter.com/GRPWTnuZ79

Although it's almost the end of #UKSAYSNOMORE we still play important part in raising awareness & supporting victims @UKSAYSNOMORE pic.twitter.com/5dfRUr04YJ

If you want to get involved and take a stand against Domestic Violence & Sexual Assault, download our Take Action Toolkit.

Interested in becoming a partner of UK SAYS NO MORE?

We’d love to hear from you, please get in touch with Lyndsey Dearlove, Violence Against Women and Girls (VAWG) Partnership Manager.