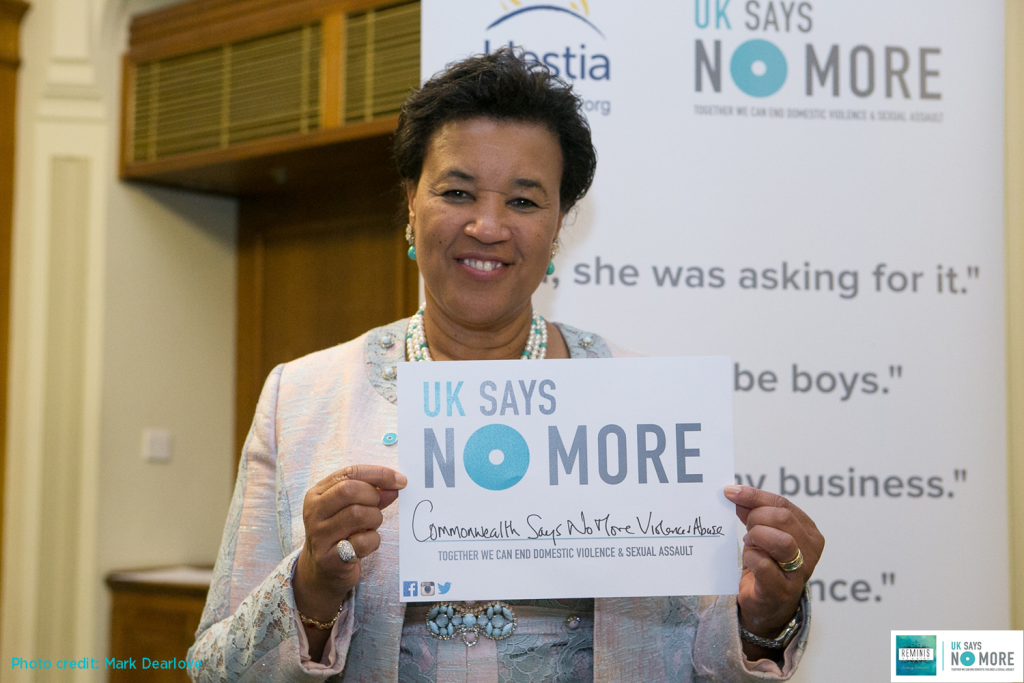 “For me, this has been a passion for a really long time, and I know it is going to take all of us coming together – government, local government, NGOs, philanthropists and individuals – to end domestic violence…”

Commonwealth Secretary-General Patricia Scotland joined us at the parliamentary launch event of UK SAYS NO MORE, where she proudly showed her support for the campaign.

During her speech during the evening, she underlined that tackling violence against women would be one of her “personal priorities” in office, and reminded people that everyone has a “choice” to support efforts to eliminate violence against men, women and children.

What an honour it is to have her support, we are so grateful and so inspired.