Lilly-Ann Jones is a videographer and has created a film depicting her mum Jenny and her aunt Billie reflecting on the abuse they endured as children growing up in Harrow, West London. In this article, we get to watch Lilly-Ann’s film and learn more about her motivations around it’s creation.

It was my mum’s idea to make the video, I had asked in the past but at the time, it was probably too soon for her. I studied film and television at university, and had spent time in New York making short videos that my mum loved watching.

Last May, my mum said, “can you film me and put me on YouTube? I want to go back. I’m ready.” So I charged my camera, got my car keys and drove myself, my mum and my aunt to Harrow.

There were tears, moments where we had to cut, times when they got angry, but throughout they stayed strong. Obviously, it was hard. It is one thing to hear what has happened to your mum and other family members, and it is another thing to put them, potentially, in a vulnerable position. You then have to film and edit carefully to make sure you present their story correctly. During filming, it was hard to see mum get upset as she tried to figure things out in her head but I took a step back from the mother/daughter and aunt/niece role and had to be a filmmaker.

I always wanted to make the film as a reflection of the past. Almost a good bye to the old Jenny & Billie. I think it was important to set a reflective tone for the film, from the beginning and throughout. It wasn’t about spilling the horrible details, or to point a finger, it was to show how strong they are. I captured the strength that they had given themselves to go back to where the abuse occurred which is what the film is about: strength and power. They have both. They are survivors and want to help others have the same qualities. 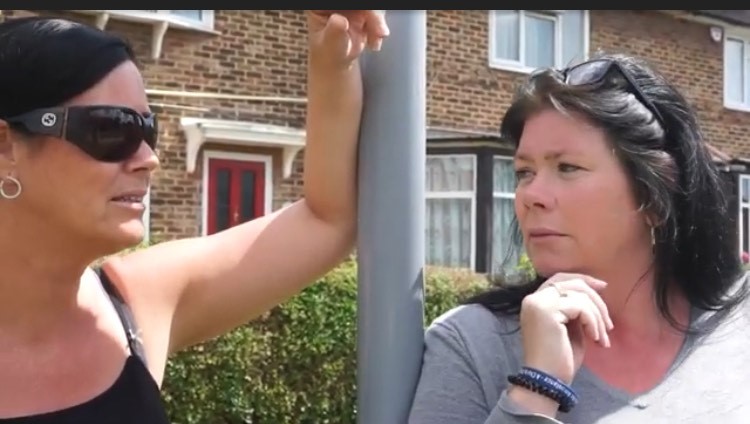 My mum has done a lot of thinking over the years to come to this stage mentally, so to show her strength was imperative. My mum felt silenced for so long – for years and for decades. How she feels now is how she has felt her whole life so this was her time to say it all and speak her truth.

To have a voice without any judgement, without questions, just the ears, the eyes and the heart of the viewer was so important. Her voice therefore became the focus of the film and held it all together. I watch many documentaries, and I love how voiceovers carry so much more than just words. To present her voice through the video in this way was an honour for me and I am so proud of her.

It took me so long to edit the film. I’m still so mad at myself that it took me so long to finish the project! I think I was afraid that I would impact the credibility of their strength and story if I edited it wrong or showed the wrong bit. I did not want one of the strongest people I know, to appear weak or be subjected to criticism because she doesn’t deserve it. The first edit was 27 minutes long! I kept my mum involved in the editing process, asking if something was okay to show, not okay to include etc., so the film truly is her video. I finally pushed myself after Christmas to finish the video and finally deliver what she wanted and needed out before the year ended. So on New Year’s Eve, I uploaded the video and it was shared all over Facebook, Instagram and Twitter. By New Year’s Day, the video accumulated over 600 views.

My mum has so much more strength because of this video (or her project is what she calls it) and has found new confidence since doing it. She now focuses on the good that has come from a terrible situation, the idea that she can help people who have suffered from abuse and help herself in turn. 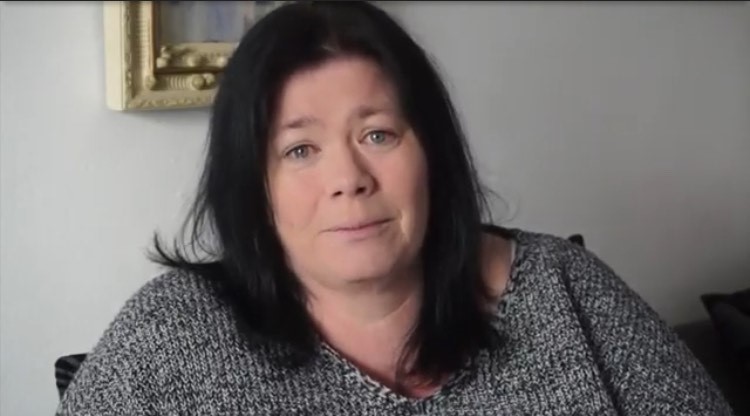 Since, the video was uploaded, it now has over 1,000 views in the few weeks that it has been online, and we have both have had friends, family and strangers reach out to us and say that the video is moving and powerful. We even have had some people reach out to my mum and tell her that they too have experienced abuse and that they have inspired them to either speak out about it and adopt a similar inner strength. For me, it is amazing what a short video can do for people. For my mum, it is proof that her story is helping people just like her.

More importantly, it is alarming how many people experience abuse. I can only hope that this video will go on to influence people in more ways than what we intended or can imagine.

I hope that my mum will watch this video when she is really low to remind herself of how amazing she is.

Thank you for watching and hearing her story.

“I Finally Feel Free”: A Glance Of The Past
Tagged on: abuse    childhood    sexual violence