“…a powerfully delicate piece. A thoroughly relevant and important show.”

Last week, we were thrilled to be invited along to the Chickenshed Theatre in Cockfosters for a preview of in the absence of silence, a play based on the real stories of women who are survivors of domestic violence. With a script crafted using real interviews from these courageous, inspiring women and the true, harrowing stories of how the perpetrators carried out their shocking abuse, this poignant piece works to reveal the devastating impact of domestic violence.

Chickenshed Theatre have been working alongside women who have suffered from domestic violence over the past few years, with in the absence of silence originating initially as a workshop in women’s refuges across Wales. The first workshop was held in the unusual setting of a rugby club house, and despite prior reservations, the workshop ended up being a heartwarming success filled with tears, laughter, pain and joy as the women shared their stories and journeys to recovery. It was evident that domestic violence and it’s lasting affects needed to be explored further. 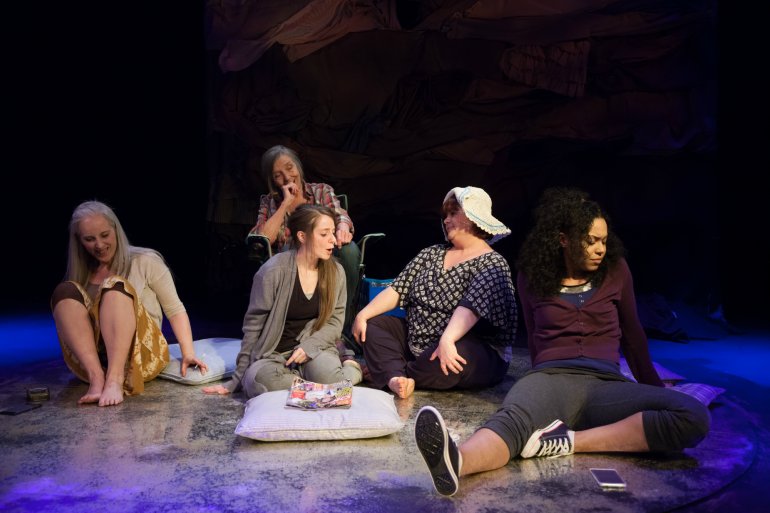 The project, which has now been aptly titled ‘Survivors Project’, has been commissioned to continue throughout 2018 and beyond, working with victims of domestic violence across Wales and further into the UK.

Offering a unique experience for women to explore and discuss feelings and emotions attached to the abuse that they and others have suffered, the Survivors Project has proved to be an immensely effective and necessary element in helping these women recover. Those involved do not have to express their own emotions or tell their own stories, or even be themselves, as listening and identifying with others has often proved to be just as beneficial. All the women, whether they have decided to tell their stories or simply take a step back and listen, have contributed to the creation of in the absence of silence just by taking part in the workshop.

Based on actual stories and actual conversations, right down to the text messages exchanged between perpetrator and victim, the play reflects on the positive outlooks of the women who took part in the workshop, all whilst sensitively demonstrating the detrimental impact that an abusive relationship can have on someone. It’s a remarkable show of friendship, perseverance, struggle and healing, as well as raising critical awareness of the issue and telltale signs of an abusive relationship.

At times harrowing and heartbreaking, this poignant verbatim piece about the horrors of domestic abuse is an important piece of unquestionably relevant theatre. – Act Drop 5, 5 Stars. 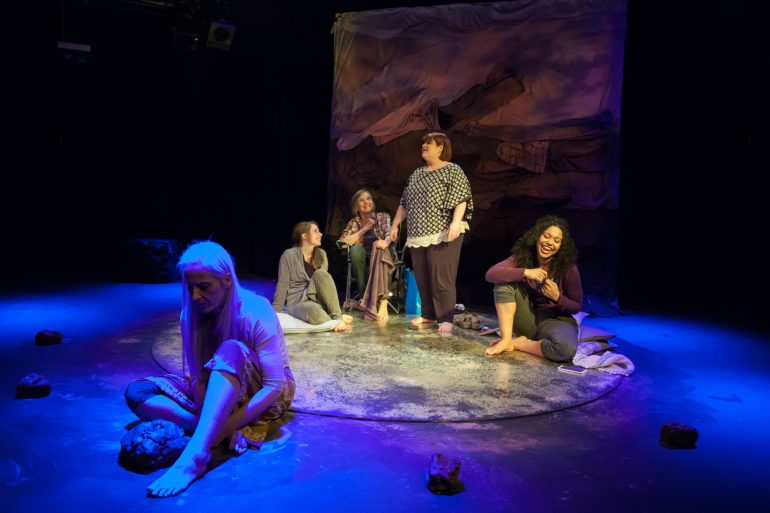 Using spoken word, physical imagery, realism, surrealism, abstraction and projection, five actresses take to the stage to portray the ambivalence, the anxiety and the instability that can occur during or following an abusive relationship, as well as the how tool of friendship can work to empower. Importantly, in the absence of silence examines all types of domestic violence, including the physical element as well as the often overlooked emotional and psychological elements.

Dealt with sensitively and profoundly, the character’s stories and subsequent emotions will ring true with many survivors and sufferers of domestic violence.

“I wish I had seen this play years ago. It may have changed my life.” – Audience member 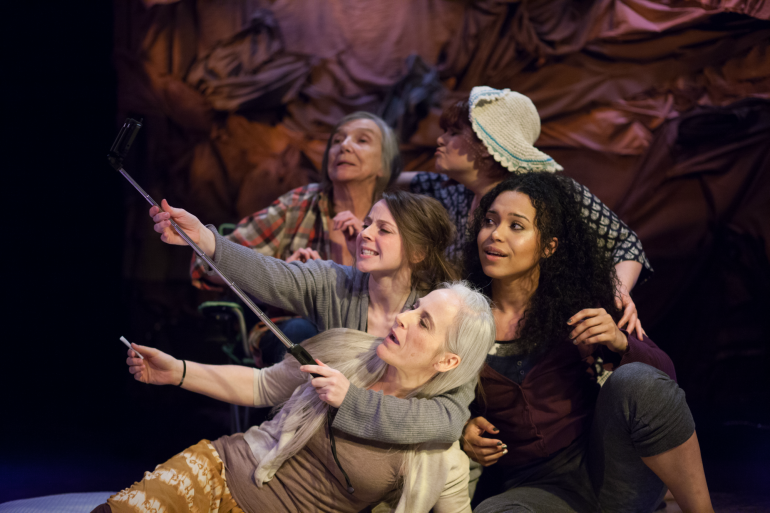 Stay tuned for more upcoming dates, to be announced here.

You can make a difference and take a stand against all forms of domestic violence and sexual assault by starting a conversation and educating yourself, friends, family and colleagues about these issues. Learn more by clicking the links below: 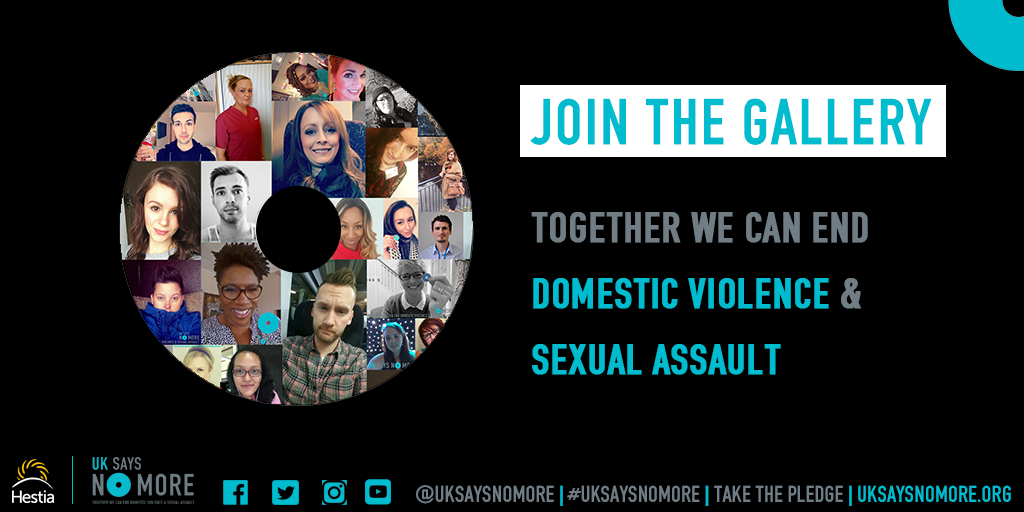