The summer festival season begins this weekend at Worthy Farm for Glastonbury 2017. After one report of rape this year at Download Festival, we wanted to know what people think about the relation between Sexual Assault & Festivals.

*The people who we spoke to either going to a festival this summer or have been to one previously.

Is Sexual Assault something you would consider being an issue when attending a festival?

“I think sexual assault is something I would definitely consider being an issue with all festivals, though. People get excited and end up drinking all day and taking drugs that they aren’t actually sure what they are (hopefully on-site drug testing should help at festivals where they are doing this), and can end up in pretty precarious positions where there is the potential for them to be taken advantage of. How often that happens, I really do not know. I have also heard lots of stories of women being sexually assaulted at gigs, especially in packed crowds, and whilst I have never experienced it, I wouldn’t be surprised if this behaviour sometimes transferred itself to festival crowds.” – Dylan, 26

“No specifically sexual assault, I’ve been to Glastonbury about six times now. I do worry about people taking my money as I’ve heard that that happens a lot – people sneaking into tents whilst people are sleeping but I’ve never worried about sexual assault. I haven’t looked into the likelihood of this happening, maybe if I was more aware I’d be more worried. I know the site well and go with family and friends and we are in contact / make plans / help each other out.”  – Zoe, 30

“It’s not something I particularly worry about for myself, possibly partly because we perceive sexual assault to be something that mainly happens to women. I’m not naive enough to think it doesn’t happen at all but answering the question for Glastonbury Festival – the one I frequent – is different to answering it for other festivals I have been to. At Glastonbury I feel particularly safe, it feels less of a corporate faceless event but instead one that has been delicately planned and perfected over the years, with detailed thought for the ‘punters’. Also the crowds are one of the most respectful and friendly groups of people I have seen at big events. At other festivals concern for others in these spaces.

When you think about it, there are a lot of secluded, unlit areas at most festivals, and people have generally enhanced their enjoyment through alcohol or drugs, so I could definitely see that it would be an issue. Perhaps I am just oblivious when I am there.” – Adam, 30

“Not particularly as I’ve never experienced it myself at a festival. In relation to Glastonbury specifically, I never experienced any kind of assault (physical or sexual) and feel it is really safe – I’ve attended the festival for a number of years now. However, looking at other festivals in the UK, I have never attended Notting Hill Carnival primarily because of its reputation as an event which is rife with women being groped. Every girlfriend I know who has attended this event has mentioned that they have in some way or other been deliberately groped by the men in the packed crowd and that it often feels unsafe.

You do expect a degree of close contact with other people at festivals – especially when in a packed crowd and sometimes it can be difficult to tell if someone has deliberately touched you or if it has been an accident – similar to the experience in a packed tube train.” – Jessica, 30 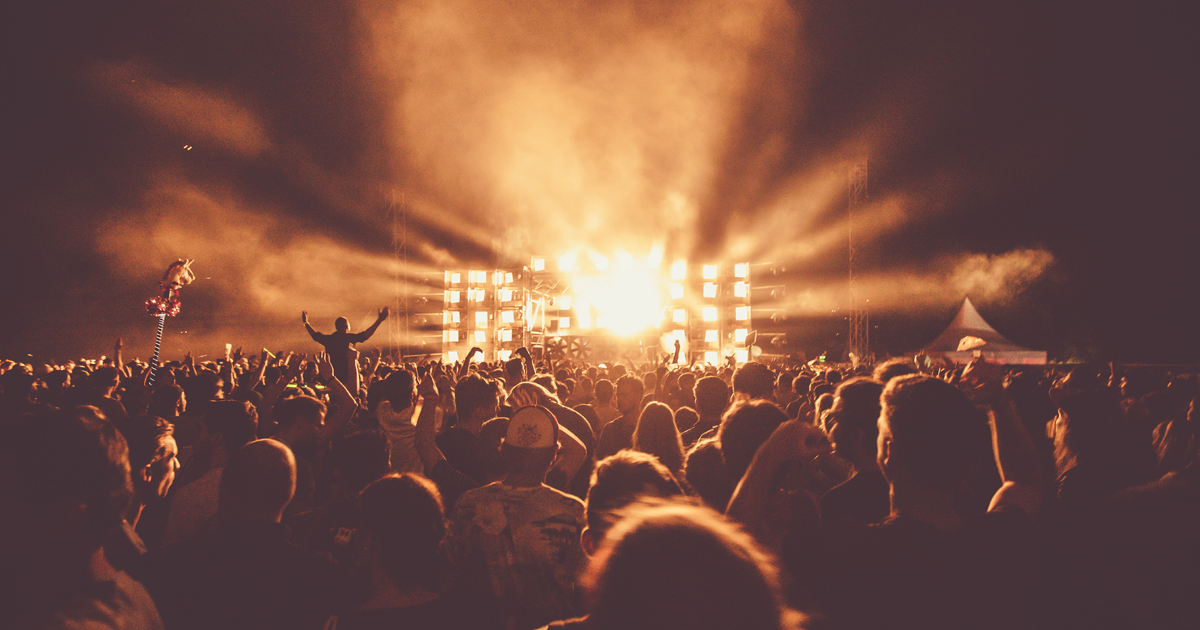 Would you know what to do if you had experienced a Sexual Assault?

“What is great about Glastonbury is that you often see a police presence, there is a clearly marked medical area, and numerous help points. Perhaps this is part of what makes me feel safe – I feel like the festival has been created in order to help out with whatever I need and I feel like I would be taken seriously if I was to approach one of these workers. At other festivals I would be less sure what to do as you usually just see stewards, and these might well just be volunteers who are working for a ticket and are unsure what to do too. But I would feel like taking it to the relevant authorities – police and medical – would be the right thing to do. Glastonbury also benefits from having many charities in attendance, I couldn’t tell you off the top of my head which were there but I’m certain there would be someone you could go to if you needed counsel.”  – Adam

“I’d probably go to the medical centre, i know where they are and there would be private/safe/space and i’d be concerned about my health. They would contact site police / security. I’d tell my friends first if they were near by or just go straight to the health centre. If I saw security on the way I’d talk to them but it would be a bit public, depends on the situation really.” –  Zoe

“I have never been told what you should do, but if it were to happen then my first point of call would be to go to my friends, followed by one of the Samaritans tents (if I was at Glasto), or to contact the police. Credit to Glastonbury here (kind of answering Q3 with this) – they have tons of information for what to do in innumerable situations in the back of the little guide they give you when you first arrive, which I always have on hand (as it also has all the stage times in it!)” – Dylan

“I think I’m pretty aware of what to do – namely that I would immediately seek a Festival steward, police or try to get help from the people nearest to me. If I was in an isolated area with no people near me, I would head towards the nearest help/info point, medical or police areas. I would also make sure that I could identify the individual involved and any distinguishing marks.

The one thing that would be difficult would be to ensure that the perpetrator is identified. Large crowds can make this hard as they can easily disappear or if the perpetrator is with a group of friends and once ‘called out’ on their inappropriate behaviour their friends could get involved and the incident could escalate – making it even more unsafe.

This is a hard question to answer because in reality if someone groped me I probably wouldn’t report it to festival staff or the police and would confront the individual instead – loudly and publicly. However if the assault was more serious (i.e. rape) I definitely would report it. This does not mean that I think one is more ‘valid of reporting’ then the other (both are equally wrong) but I want to be honest and I think in that instance that is what I would do.” – Jessica

” What is great about Glastonbury is that you often see a police presence, there is a clearly marked medical area, and numerous help points. Perhaps this is part of what makes me feel safe – I feel like the festival has been created in order to help out with whatever I need and I feel like I would be taken seriously if I was to approach one of these workers. At other festivals I would be less sure what to do as you usually just see stewards, and these might well just be volunteers who are working for a ticket and are unsure what to do too. But I would feel like taking it to the relevant authorities – police and medical – would be the right thing to do. Glastonbury also benefits from having many charities in attendance, I couldn’t tell you off the top of my head which were there but I’m certain there would be someone you could go to if you needed counsel.” – Adam 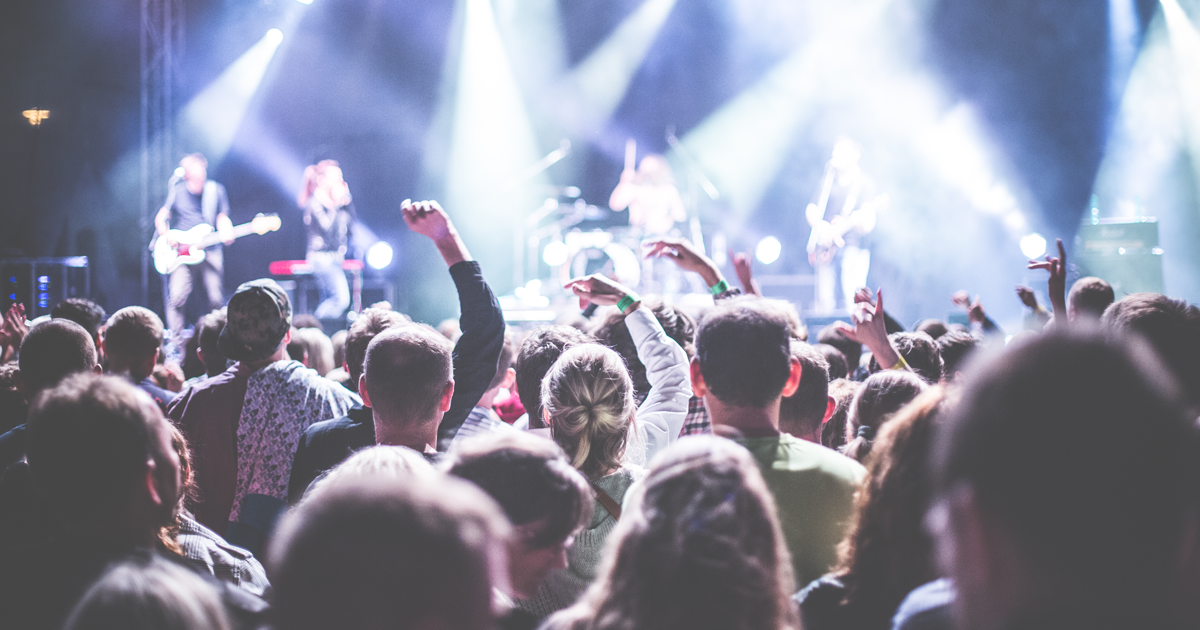 Has the festival provided you with any information about seeking help for any issue, not just Sexual Assault whilst at the festival?

“As I said, Glastonbury has numerous help points and if they couldn’t help you, I feel like they could help you to get to the right person to resolve it. They also have information on their website with regards to police presence and also advice on how to avoid crime and what to do if you experience it. Admittedly you would have to read the website to find this but the information is there for you if you need it. I believe there’s also a dedicated Glastonbury Police website. Compared with other festivals I feel like if there was advice it would not be as comprehensive. I would only know a blanket ‘go find a steward’ at most festivals but I feel like at Glastonbury, there are more specific options if you have a problem, their information is thorough and more forthcoming. I have been to a festival abroad and while it was a fantastic experience, finding someone if you needed help was much tougher.” – Adam

“I think Glastonbury’s website is really good and you get a lot of info when you arrive. We have had an email about increased security checks on the way in due to the recent incidents / attacks in London and Manchester ( i can forward this to you if that’s helpful?). But re-reading this it looks like they haven’t included a ‘if you see anything / want to report anything’ bit which is missing an opportunity to promote / advise people.” – Zoe

“Yes, the festival (Glasto) is really good about providing lots of info for you ahead and during the event. The website is really comprehensive on where to seek medical advice, report crime (primarily written up in the context of theft though as opposed to sexual assault) and they regularly send through emails about how to prepare and where to access certain things. There are always tons of stewards on hand to provide advice on where to seek advice or info (if you’ve lost your programme and map). The Samaritans has always had a strong representation at Glasto and  are always open to receiving people. The festival could do more to overtly mention sexual assault on the website (under the crime banner) as it is more of a general approach at present.” – Jessica

“I haven’t actually noticed them sending out any information in the run up to the festival, but when you’re there the guide you get upon entry has all the information you need for any issue what so ever. I think Glastonbury are pretty good for this, and they have a lot of facilities on sight to help with everything. I think there’s even a team of midwives there should any pregnant festival goers unexpectedly go into labour! Also in the past I’ve had friends easily get help for anything from a peanut allergy flaring up to generally feeling pretty awful after a heavy night the night before, so they have most bases covered.” – Dylan

We would love to hear your thoughts to these questions, get in touch with us @UKSAYSNOMORE

How Lady Gaga is an Advocate for Sexual Assault Survivors