We have a very exciting week ahead of us with some incredible opportunities for everyone get involved and say NO MORE!

UK SAYS NO MORE WEEK (21st May-28th May) has created the hashtag of #WHATICANDO to create a national dialogue to discuss the role of friends and family in tackling Domestic Abuse and Sexual Violence. 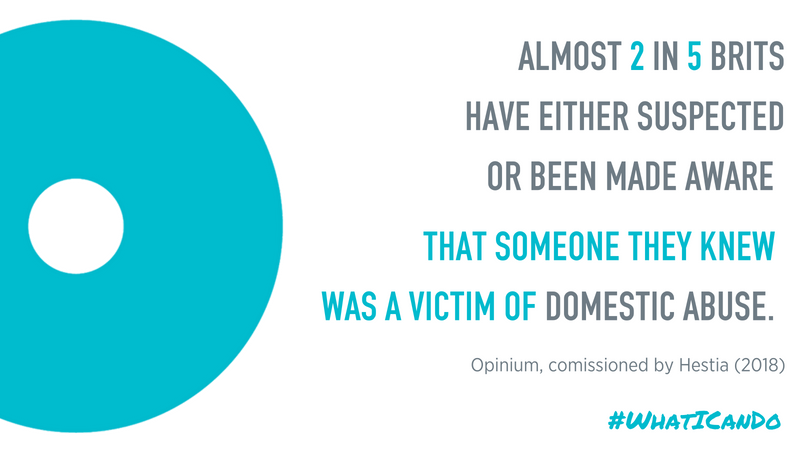 Thanks to this report we discovered some staggering statistics.

When asked, have you ever been aware of someone you know (such as a friend or family member) being a victim of domestic abuse?

-Almost 2 in 5 Brits (38%) have either suspected or been made aware that someone they knew had been a victim of domestic abuse.

-More women (45%) were aware of the abuse taking place than men (30%). Younger people were also more far more likely to be aware of domestic abuse among their friends and family.

-1 in 5 people didn’t do anything at all, whereas half gave them advice and 1 in 4 let the victim stay in their home.

-Of those who gave the person they knew advice once they heard of the domestic abuse they suffered, three quarters (75%) were confident in the advice they gave.

So with those statistics in mind, we asked ourselves, what can we do?

Hestia has recently launched Bright Sky, a free to download mobile app providing support and information to anyone who may be in an abusive relationship; their families, friends and colleagues.

We recognise that the type of support victims of Domestic Abuse may need varies. That empowering friends, family members and colleagues with knowledge about Domestic Abuse and providing them with a tool to link the victim to specialist services would change the experience of seeking support. In turn it would reduce the number of times a victim unsuccessfully seeks support and reduce the length of time a victim may remain in an abusive relationship.

So let’s all ask ourselves, #WhatICanDo?

Wear the NO MORE pin 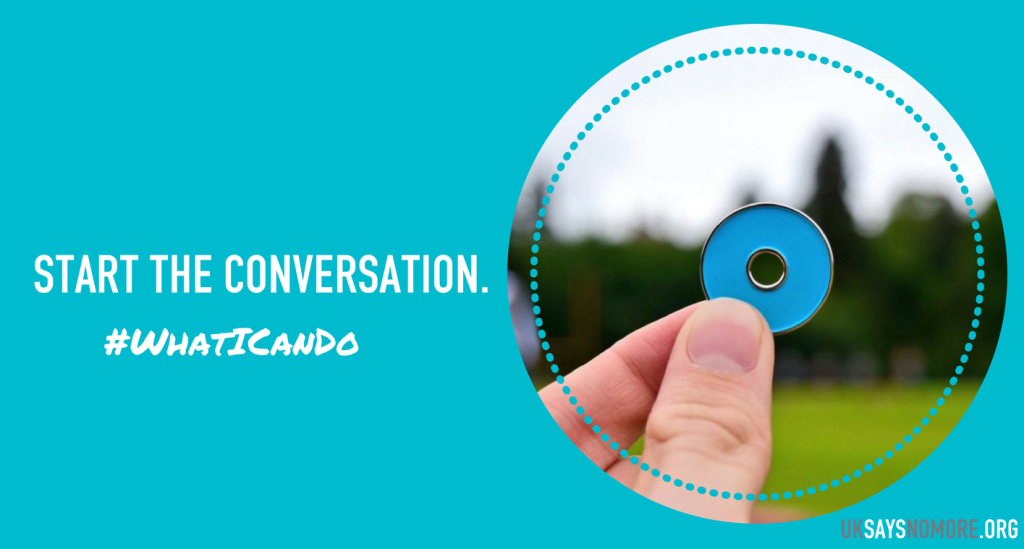 Wear yours and encourage all your friends an family to wear the NO MORE pin and ensure they are aware it’s UK SAYS NO MORE week. Create a conversation in your community and workplace and help us sustain the existing national dialogue around domestic abuse and sexual violence by wearing a powerful and visible symbol.
The NO MORE pin aims to raise awareness of domestic abuse and sexual violence in the same way the red ribbon does AIDS or the pink ribbon for Breast Cancer.
If you don’t already have your pin, get it here. 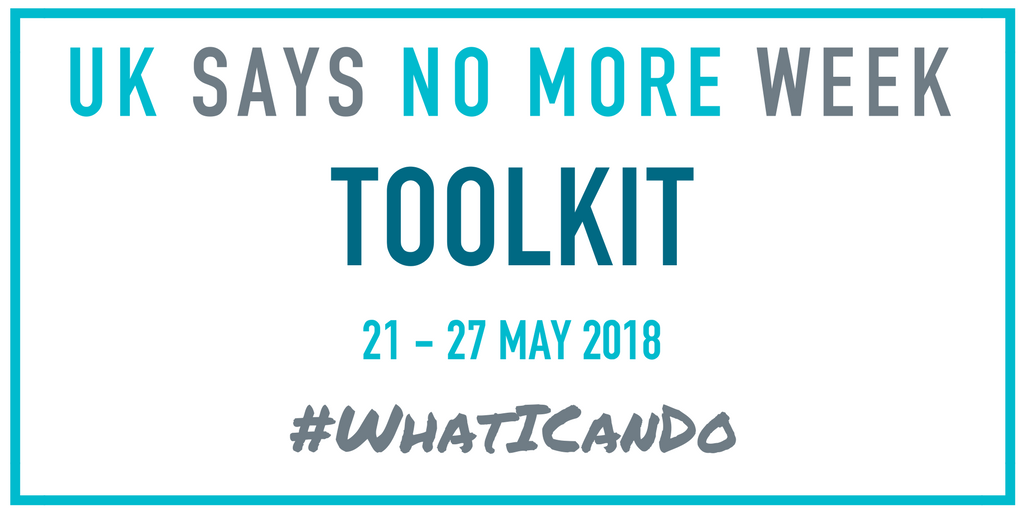 The  UK SAYS NO MORE WEEK Toolkit will allow you to begin sharing the campaign and help us put an end to domestic abuse and sexual violence.
You can access the Toolkit here.

The toolkit includes:
– Event ideas
– Images for you to post on social media
– Resources you can print and share in your workplace

If you are stuck for ideas,  our toolkit consists of sample examples too!

Ask your MP to say NO MORE

This week we’re holding an event in the House of Commons with our parliamentary champions who have signed up to support our Charter on Prevention in response to the Domestic Abuse Bill. Tweet your MP this week and ask them if they are wearing the NO MORE pin and backing the campaign!Men’s Role in Ending Domestic Abuse and Sexual Violence

We also have an event tomorrow in central London which is a panel discussion putting the spotlight on the significance of men’s role in ending domestic abuse and sexual violence. If you would like to attend, please rsvp by Tues 22nd at 10am. Please book onto this event via this link. 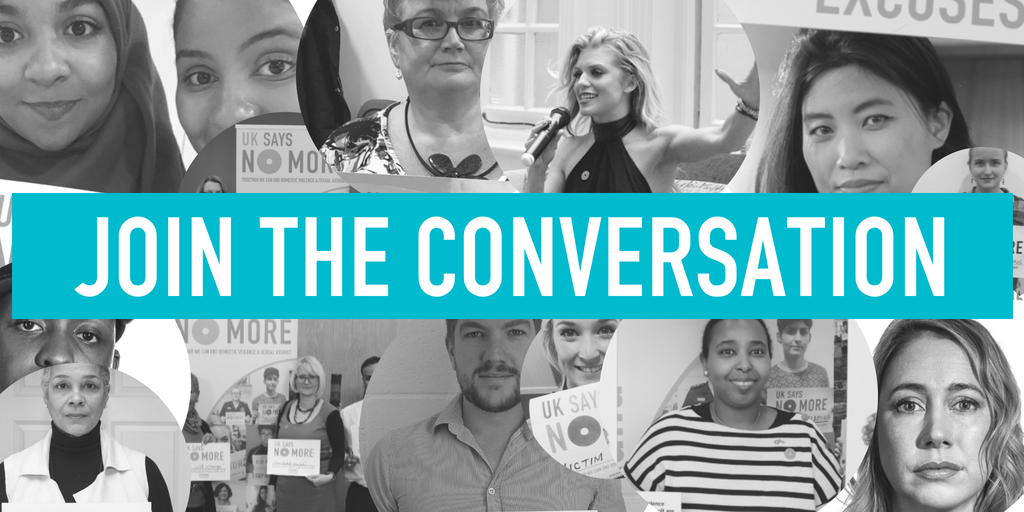 Joining the UK SAYS NO MORE Gallery is one of the best ways to show that you are standing with the campaign. As a partner, it would also be fantastic to encourage your colleagues and/or members to join the many other individuals Taking A Stand against Domestic Abuse and Sexual Violence by adding their photo to the gallery.

You can visit our website for additional Partner Resources to start sharing, promoting and engaging with UK SAYS NO MORE campaign. 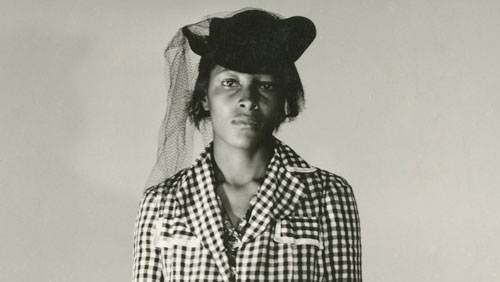 Following a series of sold-out, star-studded preview screenings, we are pleased to announce the theatrical release date of THE RAPE OF RECY TAYLOR as 25 May 2018.

Find all the screenings and venues here.

TOGETHER, WE CAN TURN UP THE VOLUME ON THIS NATIONAL DIALOGUE AND END DOMESTIC ABUSE AND SEXUAL VIOLENCE.

This is why we need to ask #WhatICanDo