Continuing the expansion of our work with our partners in the arts, we’re excited to announce our partnership with Clear Lines Festival!

Clear Lines is the UK’s first-ever festival dedicated to addressing sexual assault and consent through the arts and discussion — a truly special grassroots success, which started in 2015 and continues to grow. It has since encompassed two multi-day festivals in 2015 and 2017, and a series of regular events in London, with plans to expand to other locations and countries.

Clear Lines started as a conversation over coffee, involving Dr. Winnie M Li, Dr. Nina Burrowes, On Road Media, and a group of survivors, social workers, and therapists who wanted to start a more open, more public conversation about sexual assault and abuse. With so many people affected by this issue, we believed the arts and discussion could help us replace the shame and silence with insight, understanding, and community. It was mid-April 2015 when we met, but by late July, we had managed to deliver a 4-day festival in Central London.

Since then, our two festivals have involved hundreds of participants, with artists and speakers even flying in internationally. Artistic showcases for film, theatre, comedy, literature, and visual art enable audiences to engage with creative work addressing gendered violence, often drawn from personal experience. Honest Q&A sessions allow for illuminating dialogues between artists and audiences, where both are often survivors. Alongside this, panel discussions cover a range of topics like the role of the media, improving the criminal justice system, teaching consent to young people, and the obstacles that face male, BAME, LGBT, and disabled survivors. Creative workshops, participatory art, book stalls, and an atmosphere of conviviality and support create a truly unique festival where survivors can feel their voices matter and that positive change is possible. 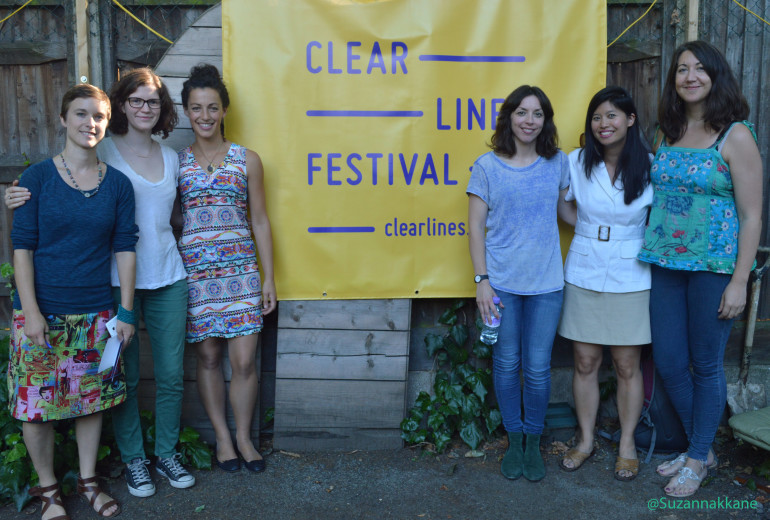 Clear Lines thus far has been entirely crowd-funded and volunteer-run. But the networks formed through the Clear Lines community have contributed to important collaborations, including award-winning books, plays, and initiatives like the Angles Project, The Consent Collective, and The Independent’s video series ‘Life After Sexual Violence’. Our Comedy Nights have included top stand-up comics like Sara Pascoe, Bridget Christie, Josie Long, Tiff Stevenson, and Sarah Kendall.

In 2018, we have continued by collaborating on events with Waterstones, The Feminist Library, and leading dance music curators Boiler Room. 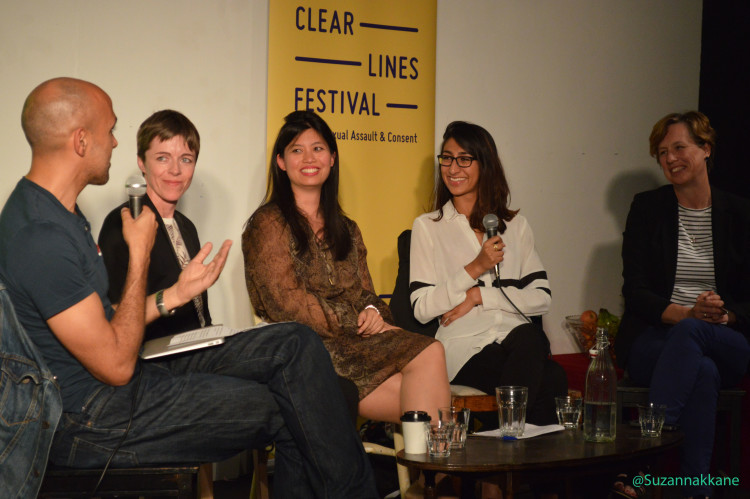 We’ve been featured on Channel 4 News, London Live, BBC Radio, The Daily Mail, Time Out, The Huffington Post. Clear Lines has also been shortlisted for the prestigious Emma Humphreys Memorial Prize. But the most important validation comes from the attendees themselves, who have written in with testimonials like these:

“Thank you for organising such an incredible festival. Words fail me sometimes, when I need them most, they start falling away the moment I think of how it is one thing to be a survivor and it is another thing altogether to make things happen, like the festival, so that someone else can survive, can continue surviving… People will have woken up this morning a little bit changed because of you, because of what you made happen.” 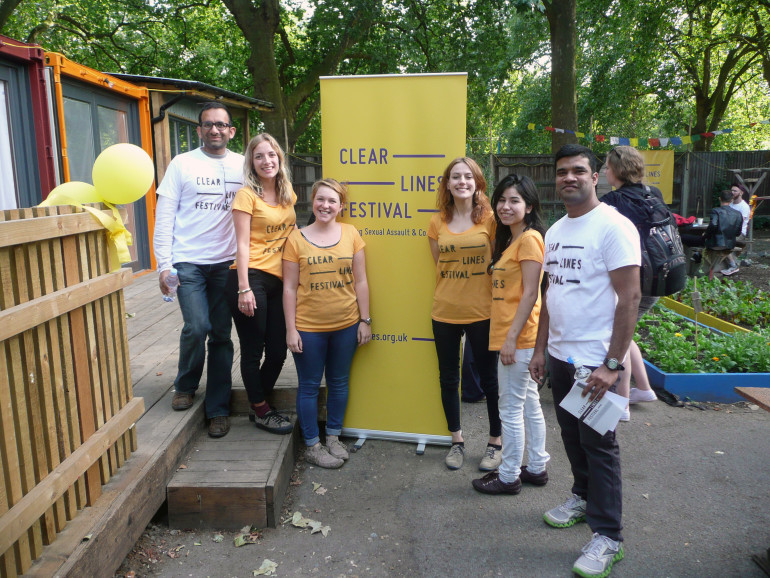