A Call to Men UK holds its first conference in Birmingham with a fantastic turnout. On Wednesday 22nd June, organisations came from across the country to hear passionate individuals discuss an ideal world where all men and boys are loving and respectful and all women and girls are valued and safe.

Development Manager Michael Conroy-Harris explicitly stated that men are violent against women, but not all men are violent, yet through stereotypical gender expectations, men are often formed through roles paved before them.

An example that had the audience gasp was clothing that was sold at supermarket giant Sainsbury’s earlier this year. 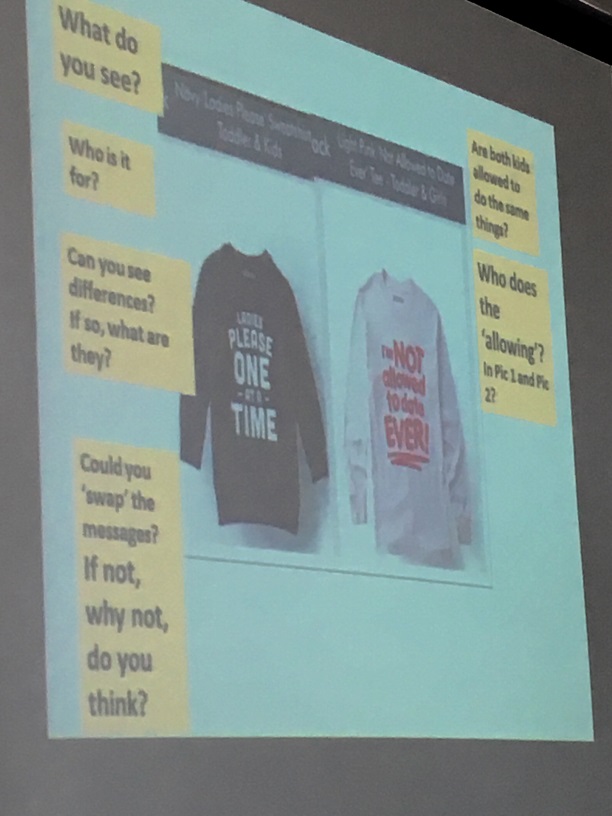 The dark navy jumper reads ‘Ladies please one at a time’ and the bubble-gum pink reads ‘I’m not allowed to date ever!’ Who wants to guess which is sold for a boy and sold for a girl?

From the messages, the boy’s jumper offers complete free reign over the wearer’s sexual escapades, yet the wearer of the girl’s jumper has been told she is not allowed to date so therefore has no freedom. Through stereotypes that a male is dominant and controls the family, the reader is pushed to the idea that the girl’s father would have told her she is not allowed to date.

These items were on sale for three to four year olds.

With the example of the jumper – at the age of three and four, why would the notion of boys being able to choose their sexual conquests from a line, yet the girl is restricted – is appalling. But why were they on clothing for 3-4 year olds? Michael also talked how ‘wife beater vests’ are still available to buy online under that exact label.  The event started with a startling message and it soon became clear what issues were in dire need of changing – the ages in which young boys learn correct human values and the ability to break the norm.

Age is the leading factor that both serve as culprit and saviour for the next generation.

Head Teacher Sarah Hewitt-Clarkson spoke passionately about learning methods she implements across her school to ensure all pupils are taught right from wrong at the very beginning of their education. To say the phrase ‘like a girl’ would land any student in serious trouble because ultimately – why should that be an insult? Are girls not as capable of throwing a ball as well as a boy? And why should a boy be compared to a girl if he cries? The students are told they are wrong straight away and no leniency is given if they use an expression like this – a round of applause erupted. She said boys and girls are equal by law and it’s a humanity issue that belongs to everyone to help solve.

Sarah moved on to tell the crowd how media and advertising display scenes of domestic violence and sexual assault to their audience across the world. Magazines have displayed pictures from world renowned brands that show women in degrading and life threatening scenarios, for the sole purpose to make money. The fashion world is stereotypically linked to females, the glitz, glamour, and clothes appeal to desires, yet many of the images shown, portray women as victims.

Why does a magazine present images of their primary audience being labelled weak and passive, when their  cover will have quoted ‘strong, independent female’ at some point? 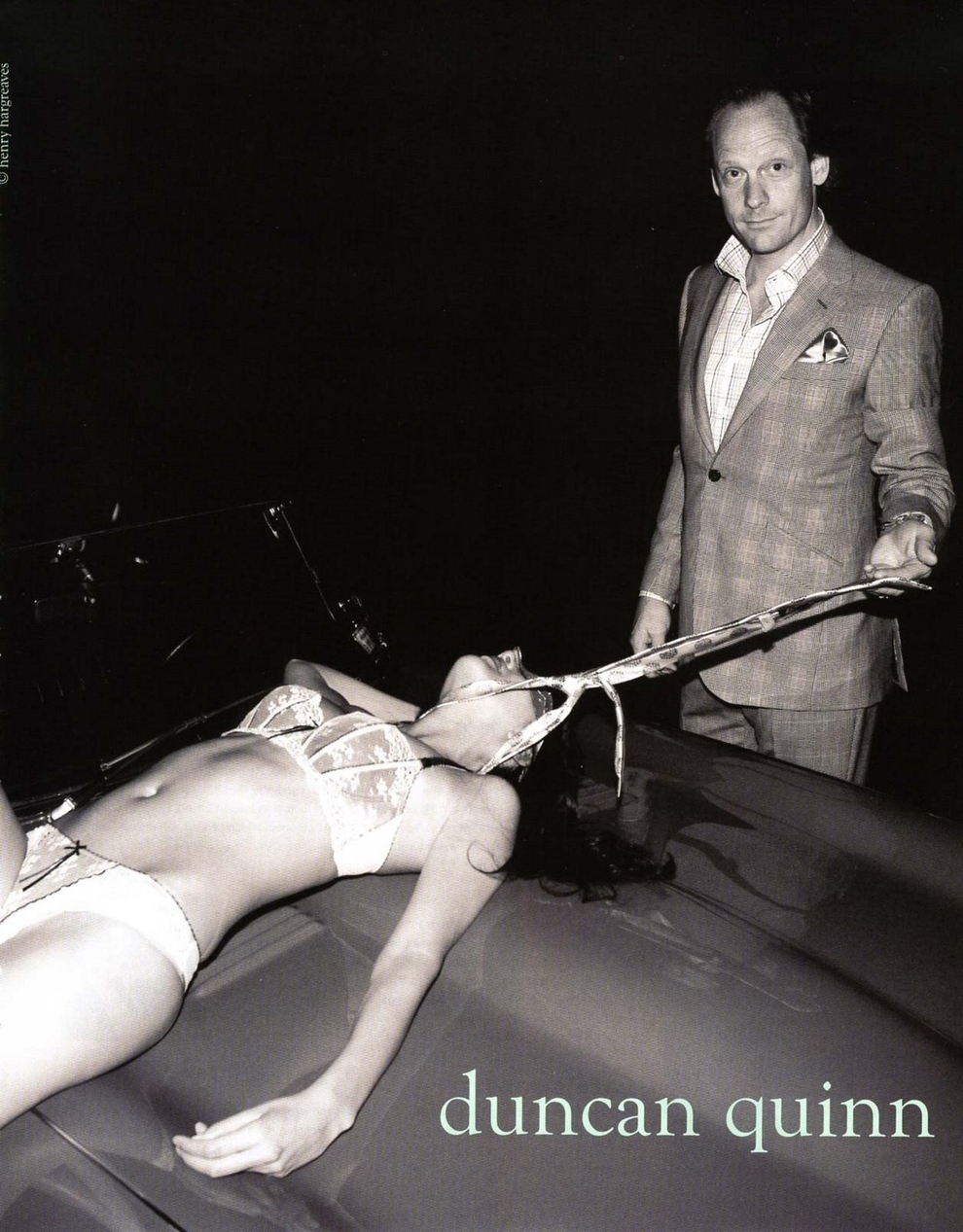 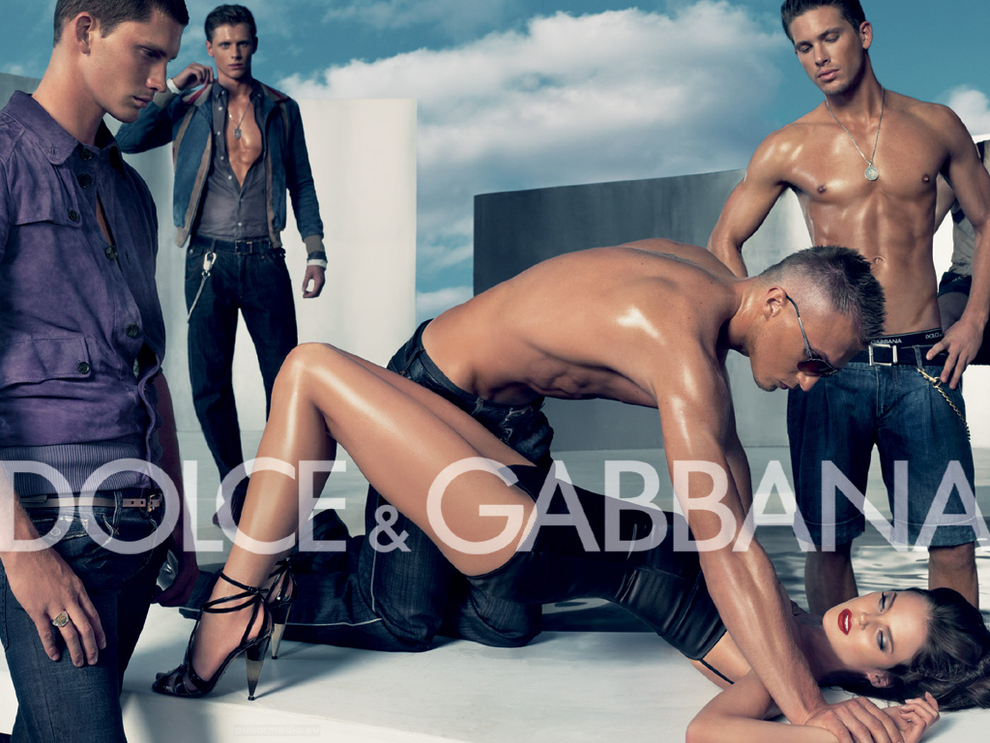 Young children growing up will see this and think it’s acceptable because images like this will have been printed across dozens of respectable magazines.

It’s not just the fashion industry that has used graphic images to sell their product; fast food chain Burger King – should I emphasise on the word ‘king’? – shows a woman opening her mouth to eat a long sandwich. It doesn’t take a lot to realise what phallic symbolism is being suggested by the word ‘blow’. 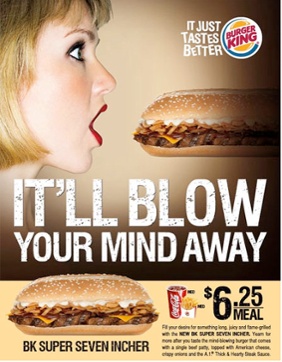 From the research and information presented, it was inevitable that timing would be an issue to keep track of – a topic like this can be discussed for days. Through a PhD discussing issues of violence and sexual assault within universities to teachers working in primary schools, this is an issue that affects everyone. A Call to Men UK believe this can be eradicated by teaching young people, specifically young boys, to break the gender stereotypes that have become the norm within society to make sure they grow up to be  credible young men.

UK SAYS NO MORE aims to end Domestic Violence and Sexual Assault and we can only do this collectively, it is an issue that can affect any one at any time and educating young boys and girls will be a starting point to end this issue.

Find out how you can get involved in UK SAYS NO MORE, the nationwide campaign seeking to end domestic violence and sexual assault.

Learn About These Issues Types of Abuse Support Available