It is not every day that you visit the House of Commons to witness a controversial session in the chamber where Brexit is still the biggest debate. However, a controversial session in the chamber, the discussion shifted to another, more positive direction and that is the new Domestic Abuse Bill. After a heated round of questions and answers directed at the Secretary of State for Business, Energy and Industrial Strategy, we get to urgent questions and the subject of diversity at schools takes the frontline.

Unfortunately and despite the great efforts by MPs to explain the importance of LGBTQ education and awareness in schools, the Secretary of State for Education fails to see how it is the government’s responsibility and instead leaves it in the hands of each school and the curriculum they decide upon. While that does not fall under progress within policies, we won’t let that faze us because there is always room for growth. However, this is exactly how the next chapter of this session begins. When Victoria Atkins MP, the Parliamentary Under-Secretary of State for the Home Department, stands up and gives an emotional introduction in which she explains the trauma that is domestic abuse. 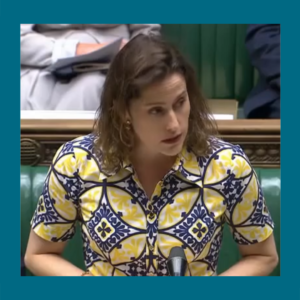 “Home should be a place of safety and of love, but for 2 million people it is not. Domestic abuse takes place behind closed doors, turning people’s homes into places of fear, abuse and violence”

What is in the Domestic Abuse Bill?

The new Domestic Abuse Bill tackles all the questions left unanswered within this form of abuse that cost the government £66 billion in the year 2016-2017. This bill is set to introduce the first ever statutory government definition of domestic abuse to specifically include economic abuse and controlling and manipulative non-physical abuse. This in itself would give the victims or more appropriately, the survivors, the courage to step forward. “But our understanding of domestic abuse continues to grow and evolve, and this Bill gives us an opportunity to ensure that our legislation keeps pace” says Victoria Atkins MP The above is especially true as this bill includes the establishment of a Domestic Abuse Commissioner to drive the response to domestic abuse issues, the introduction of new notices and orders to protect the victims and the prohibition of the cross-examination of victims by their perpetrators. Last but not least, the bill provides automatic eligibility for special measures to support more victims to give evidence in the criminal courts.

Victoria Atkins MP then welcomed questions by MPs about the specific details of this new bill. She replied with the fact that the bill is not yet finalized and that there is room still for improvement and for considering many things, especially when it comes to children affected by abuse in the household and the privacy of victims under immigration control. It was also very important to recognize that the majority of the victims in these cases are women, however that does not mean that men suffering the same form of abuse are not to be protected. This part of the session in the House of Commons is that of gratitude and positivity, which in itself is not something you see every day. While there is a period before the bill is implemented and there is without a doubt still room for improvements, it does not take away from the fact that this country has already made huge progress when it comes to Domestic Abuse.

Introduction of the Domestic Abuse Bill