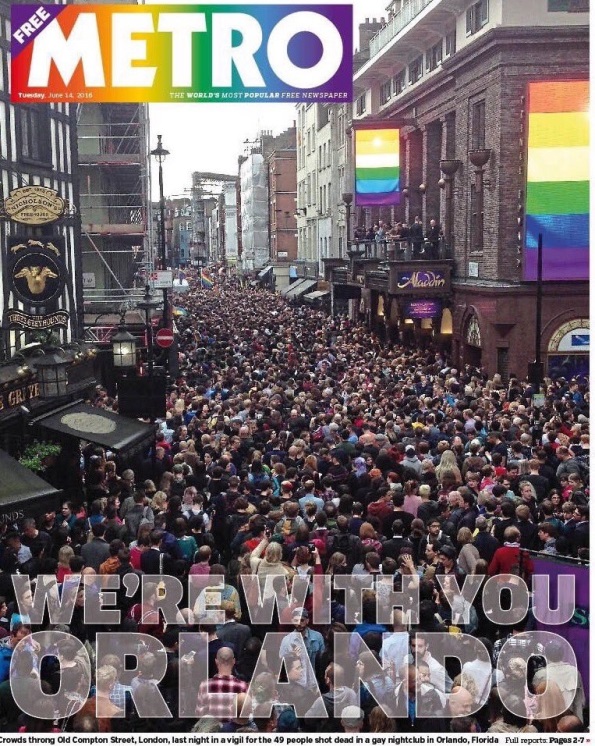 A community mourn the loss of life that was tragically taken too soon, in a place where they could be free.

Pulse Nightclub in Orlando, Florida made headlines across the world in the early hours of Sunday morning at the hands of an individual who could not tolerate the difference in humanity. 49 individuals came to dance, sing, and laugh and be amongst family. Instead, their final thoughts were desperation and fear as one man with an assault rifle and handgun made American History as the worst terror attack since 9/11.

Across the globe, hundreds of thousands responded in solidarity by holding hands and sharing a thought to those lost. Old Compton Street in Soho, London saw thousandsof people gather to mourn and reflect on the crime committed. Yet it only made the front page of one national newspaper.

As the impending Brexit vote hangs in the air, the UK prepares to take potentially one of the biggest steps in recent history, yet the nation failed to acknowledge another substantial step back for the LGBTQ community earlier this month.

Despite reports back in April suggesting that trouble lay ahead for the Manchester based charity, a grant from the Government allowed only two months of work to continue before they were forced to close their doors for good.

At the sight of the Soho Vigil, the voice of the community is certainly not diminishing – so why is the community’s footprint being made smaller?

There is a hope that London will continue to show the world how diverse and open the city is.  Within days of being the leader of London, Mayor Sadiq Khan erected the PRIDE flag outside his office, in plain sight for all to see – a first for the city. 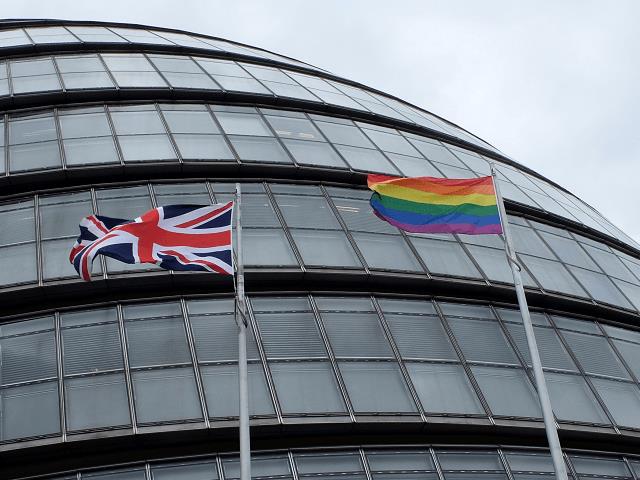 And soon London will see more rainbows as PRIDE season begins – across the UK and the rest of the world; a celebration bringing with it an array of colour, music, creativity to shine and of course – pride. The voices of those marching and joining in with the festivities this year need to be louder than ever.

News that the community does not have a designated charity to help them when they may be at the most challenging part of their life is incredibly sad – but it’s not the end of the road.

The silver lining is Broken Rainbow’s helpline has been taken over by Galop – the UKs LGBT anti-violence charity who for 34 years has offered advice and support to people who have experienced biphobia, homophobia, transphobia, sexual violence or domestic abuse.

Nik Noone, Galop’s Chief Executive said: “This is a vital service and it is important that those experiencing domestic violence in our communities have somewhere to turn when they need support. Galop has worked with all parties to make sure that support continues and there is no disruption to the delivery of this key service.”

If you feel you need to talk to someone about domestic abuse or sexual violence contact Galop on their new helpline.

If you are in immediate danger, call 999.

Find out how you can get involved in UK SAYS NO MORE, the nationwide campaign seeking to end domestic violence and sexual assault.

Learn About These Issues   Types of Abuse  Support Available