Hannah Moss, Founder and Artistic Director of On The Run theatre, shares the inspiration and motivation behind her piece, Everything I Didn’t Say, exploring coercive control and abuse, in an exclusive blog for UK SAYS NO MORE:

Everything I Didn’t Say is a one-woman theatre piece that explores coercive control. It follows lead character Meadow Rain as she endeavours to reconnect with her closest friend, after leaving an abusive relationship. Through flashbacks, audience participation and movement, the show unpicks abuse that is non-violent, highlighting the manipulation, isolation and turmoil a victim can experience. The show also explores the effect of abuse on a victim’s wider community and the supportive role of friends and family. 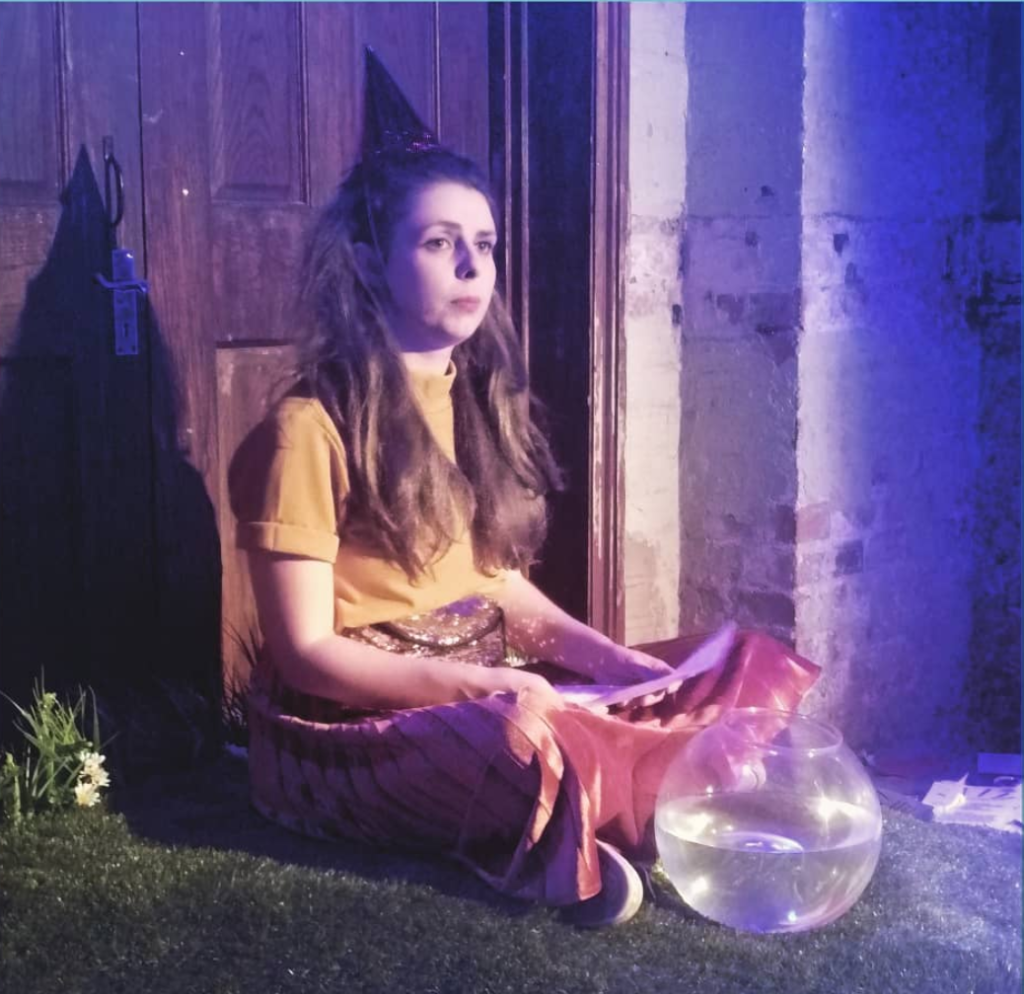 The inspiration for Everything I Didn’t Say came from a conversation. One you might have had, maybe over and over again. It starts with a smile, and even a gentle laugh as your friend chats happily about their current relationship: “my partner is wonderful. I love them, they make me so happy!” Then your friend pauses. Something drops in their face and, as though they’re struggling to say it out loud, they drop The B Word.

Of course, some part of this is normal: couples argue. Sometimes partners aren’t supportive. Sometimes even the best of us get annoyed at our other half and put pressure on them to do things the way we want! But over time, a question I found myself asking was: is there any difference between a bad relationship and a coercive one?

So in 2018 I started researching emotional abuse and I learnt the legal term was coercive control and that the Serious Crime Act of 2015 made Coercive Control illegal in the UK. I spoke to Dr Sarah Pemberton, a criminologist at Birmingham City University, I interviewed survivors of abusive relationships and I read a life-changing book called ‘Why Does He Do That? An Insight into Controlling and Angry Men’ by Lundy Bancroft among others. (which I would recommend everyone read, if they can look past the gendered language). Bancroft laid out abusive and manipulative behaviour so clearly, I felt like my eyes had been opened for the first time in years and I came to the realisation that abuse can be non-violent.

Once I’d realised I felt stupid: why hadn’t I realised before? Abuse can be non-violent?! Abuse can be non-violent! Moreover abuse doesn’t always look like the stuff on TV (generally with a big-bad-man looming over a small-weak-woman with his fist raised). Abuse can be hard to pinpoint, easy to miss, based on manipulative behaviour so strong and so mind-altering that one victim admitted her partner got her to believe that the water coming out of her kitchen tap was milk.

That’s the perception of coercive control that Everything I Didn’t Say presents: the emotional pressure of being in an abusive relationship. Of feeling like you’re being pushed into a box, where you’re not allowed to be yourself. The feeling that you’re always walking on eggshells. The feeling of panic when you realise you’ve made a mistake and “they’re going to be upset”. The feeling that you’re screaming and screaming inside and yet not a single trace of that is shown on the outside. All that and you still haven’t got a clue that you’re in a toxic relationship.

It was clear how common the experience was at the show’s debut at the Edinburgh Festival this year. Many audience members reached out, saying how relatable they’d found the story. Some said how it had forced them to consider old ‘bad’ relationships in a new light. Throughout the festival I had two responses to this: firstly, it was reassuring to hear that I was not alone in my experience of coercive control, but also, I grew more and more horrified at how pervasive it is.

That’s why I urge everyone to support UK SAYS NO MORE in their campaign to end abuse: tell a friend, share something on social media, discuss coercive control with a colleague or neighbour. The more conversations we have, the more our understanding grows and that is what might help a victim realise that they aren’t in ‘just a bad relationship’ after all.

Everything I Didn’t Say was originally presented at the Pleasance Theatre, Edinburgh 2019 under the title ‘The Rebirth of Meadow Rain’

Why I Wrote ‘Everything I Didn’t Say’
Tagged on: Arts    Coercive Control    domestic abuse    Theatre