As a cisgender male who attended a single-sex private school, my experience of mixed education and the prominence of peer-on-peer abuse is somewhat limited.

It was not until I undertook a summer volunteering opportunity at London-based charity Hestia, who facilitates domestic abuse and sexual violence awareness and prevention campaign UK SAYS NO MORE, that I opened myself up to learning more about the issues. My placement coincided with a rather concerning news story and my interest in this particular subject was sparked.

The news story in question concerned Channel 4 news presenter Cathy Newman and her public description of an encounter at her secondary school, during which a male pupil forced her to touch his penis, leaving her feeling “humiliated” and “embarrassed”. She would also be regularly covered in water to allow the boys and the rest of the school to see her bra strap. Cathy Newman suffered this abuse, not at your average comprehensive but at Charterhouse, one of the most expensive private schools in the country, where Newman was on a scholarship and the daughter of a teacher.

One in three girls in mixed secondary schools told a survey for the National Education and campaign group UK Feminista that they have been sexually harassed at school, whilst 24% have been subjected to unwanted physical touching of a sexual nature. Simply put, sexual assault, sexual violence, and domestic abuse are as much of a significant problem in our schools now as they were when Cathy Newman attended Charterhouse. If not tackled at school, where will these issues be tackled?

For much of my young life, terms such as ‘toxic masculinity’ and ‘rape culture’ were alien to me. Indeed, in the teenage, all-male environment in which I was educated, it would be far more likely for me to hear a girl be painted as a harlot than a frank and open discussion around the ways in which my peers and I treated girls in and around our age group.

PSHE, or ‘Well-being’ classes as they would later become known as, were not lessons taken particularly seriously, despite them being crucial to our development as young men and our understanding of what language and behaviour was and was not acceptable. It is for these reasons that I was not surprised by Chitra Ramaswamy’s claim that “if you are or were a schoolgirl, chances are you have experienced sexual harassment in some humiliating form”, despite having not been in a classroom with a girl since my time at primary school.

One of the more shocking things I have learnt this summer was that many of my female friends found themselves regularly honked at and cat-called, and that this happened more frequently prior to them turning sixteen. This has led me to believe that this reflects the attitudes of some men – they feel untouchable.

Last year, lawyers wrote to the then education secretary Justine Greening regarding a lack of guidance for schools when children have been abused by fellow pupils, following several complaints of victims having to return to class with their abuser still present in the classroom. This had resulted in governmental condemnation in the form of a report by the Commons Women and Equalities Committee, which exposed widespread incidences of sexual violence and harassment in England’s schools. Indeed, it is an unnerving fact that this need for victim protection did not simply go without saying.

Reflecting on my day to day experiences of being a young man, now in university, I regularly hear demeaning and sexist comments about women. These comments are often referred to as ‘just banter’ or followed with the excuse ‘boys will be boys’. The use of these excuses extends far beyond my peer group and are even used to explain away the comments and behaviour of those in the media, in government and in business, all of whom are often referred to as role models.

This was seen recently when former Sky Sports presenter Richard Keys attempted to justify his misogynistic comments about a referee, by insisting “it was just banter”, despite being a man well into his forties and knowing that the role he held was a dream job for many young men.

In December 2017, a report by the department of Education, Keeping Children Safe in Education stated that abuse should never be passed off as “banter, just having a laugh or just part of growing up”. It’s important that prevention and healthy relationship education extends beyond schools and into the wider community.

Fortunately, in the light of several controversies and the uncovering of several cases of historical sexual abuse towards children, and the consistent campaigning and lobbying by organisations that support victims of abuse, educational establishments are being held to account. The report states that reports of sexual harassment between children needs to be taken seriously. Staff need to follow safeguarding polices and ensure that a child-centred approach is followed, which I understand to mean that the best interests of the child should be considered at all times.

I think this is a start, but I question – is it enough?

There are significant steps that need to be taken in order to fully address the matter of peer-on-peer abuse in Britain’s schools. Crucially, the need to align the safeguarding standards and protocols of all schools as they can differ from school to school. In some schools, acts of sexual harassment or sexual abuse are being incorrectly labelled as bullying, a form of abuse which often carries a far less substantial punishment.

It is my opinion that laying down a standard of what is and what isn’t acceptable behaviour, what can be classified as abuse what can’t, would not just send a strong message that sexual harassment and abuse is never OK but would also empower victims in their understanding that what has happened to them is abuse. It would go further in encouraging survivors to come forward in the knowledge that there is an established protocol to deal with the situation. Currently, if one were to read the safeguarding protocol of two schools at random, it would be clear that both go into varying levels of detail, which at best are open to a great deal of interpretation.

It is imperative that steps are taken to promote a change in culture and behaviour, which can only come about through focused and well-funded education. I have long felt that the approach to PSHE or ‘well-being’ lessons has been far too casual for far too long, and these classes are not targeted at a young enough age group.

I sense it would be unwise to start testing students on the topic of sexual harassment and sexual violence, but it goes without saying that every school should have an appropriately staffed and well-funded department of teachers trained to teach the crucial subject, opposed to my experience of PSHE or ‘Well-being’ education. Which, by the way, was delivered by my maths teachers, history teachers or the head of school. With the greatest respect, these individuals were not the most insightful or passionate about the subject of ‘well-being’.

The biggest change that needs to occur is amongst men and the culture of masculinity. In the wake of movements such as #MeToo, #TimesUp and #WhatICanDo, it is time for men to collectively use their voices in condemnation of such behaviours across all age groups. We need to have serious and frank discussion about what it means to be a man in the 21st century.

It is my hope that such discussions would lead to a casting away of the importance placed on the sexual conquest, as well as a shunning of any belief that behaviours such as those that Cathy Newman experienced could ever be perceived as ‘banter’. 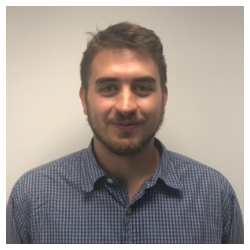 Jonny Bray is currently studying History at the University of Newcastle. During his 2018 summer break, Jonny decided to volunteer with UK SAYS NO MORE, collecting research and writing for our website. Since volunteering with us, Jonny has taken an interest in relationship and sex education, and joins our call to ensure it’s inclusive of consent, healthy relationships, mental health and LGBTQ issues.

‘Teachers warned not to dismiss sexual harassment as ‘banter’’, Guardian

‘Are we ignoring an epidemic of sexual violence in schools?’, Guardian

How Do We Combat Peer-On-Peer Abuse In Britain’s Schools?
Tagged on: healthy relationships    masculinity    sex education