On Tuesday 10th October 2017 we were thrilled to announce that Safe Partnership have joined us as an official partner. Safe Partnership, an incredible charity working tirelessly to protect and support those affected by domestic violence and sexual abuse, is made up of three core components:

SafeDATE is an informal, interactive and informative workshop delivered in schools, colleges and youth groups that focuses primarily on relationship issues directly affecting young people. An impressive 32,611 young people have experienced the SafeDATE workshop thus far, proving it to be an almighty success.

With the NSPCC stating that a shocking 1 in 5 teenagers have been physically abused by their boyfriend or girlfriend, the necessity of the SafeDATE workshop is paramount, with 99 per cent of students also expressing that they feel it is important to learn about teenage partner abuse.

Thanks to Nikki Whitfield, Andrea Preece and Joanna Syrett, we were invited along to LeAF Studio School in Bournemouth to talk about the UK SAYS NO MORE campaign as a follow on from a SafeDATE workshop, with the students incredibly keen to Take A Stand and say NO MORE to domestic violence and sexual assault.

Starting with a presentation on what the UK SAYS NO MORE campaign is all about, including the viewing of our UK SAYS NO MORE: “NO MORE EXCUSES” PSA, the students were then able to get involved by creating their own video, allowing them to say NO MORE to excuses, victim blaming and stigma. 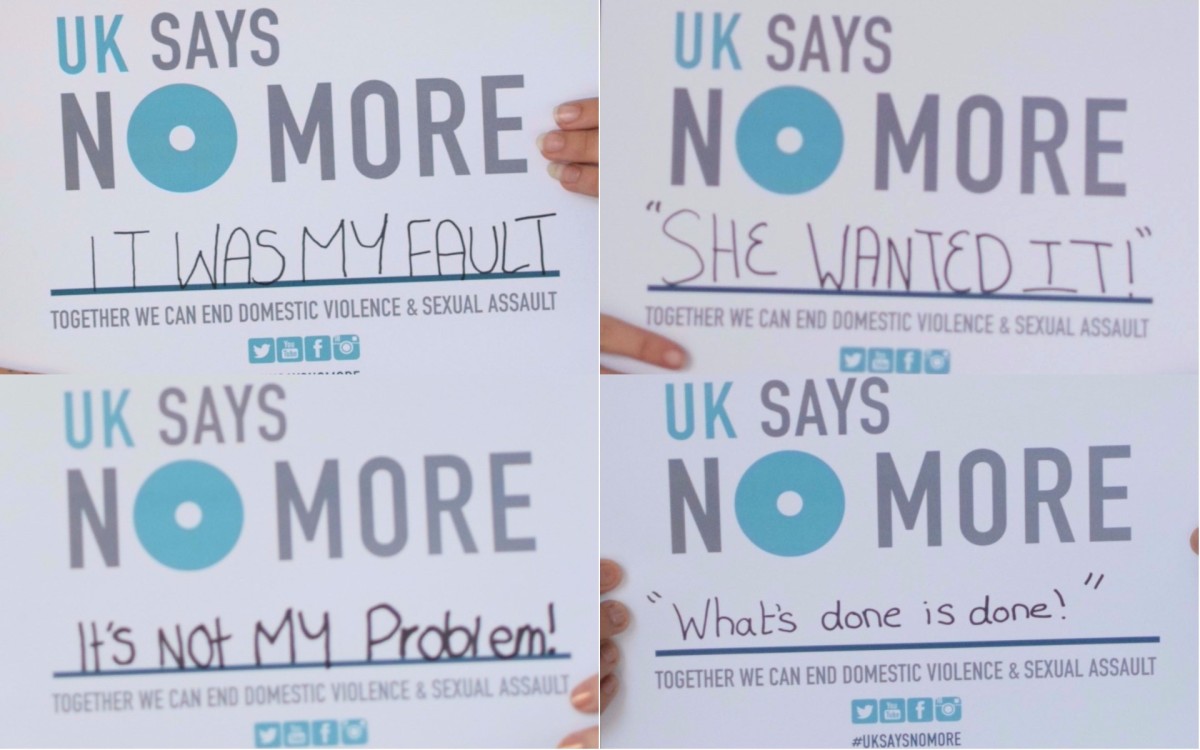 Each armed with a UK SAYS NO MORE pledge card carrying their own unique message for the campaign, the students took part in a quick photoshoot – the results of which are set to be transformed into a brilliant new video.

It was great to work with young people and to have a positive impact and influence on raised knowledge of domestic violence and sexual assault. – Josh McLean, Communications Coordinator at Hestia. 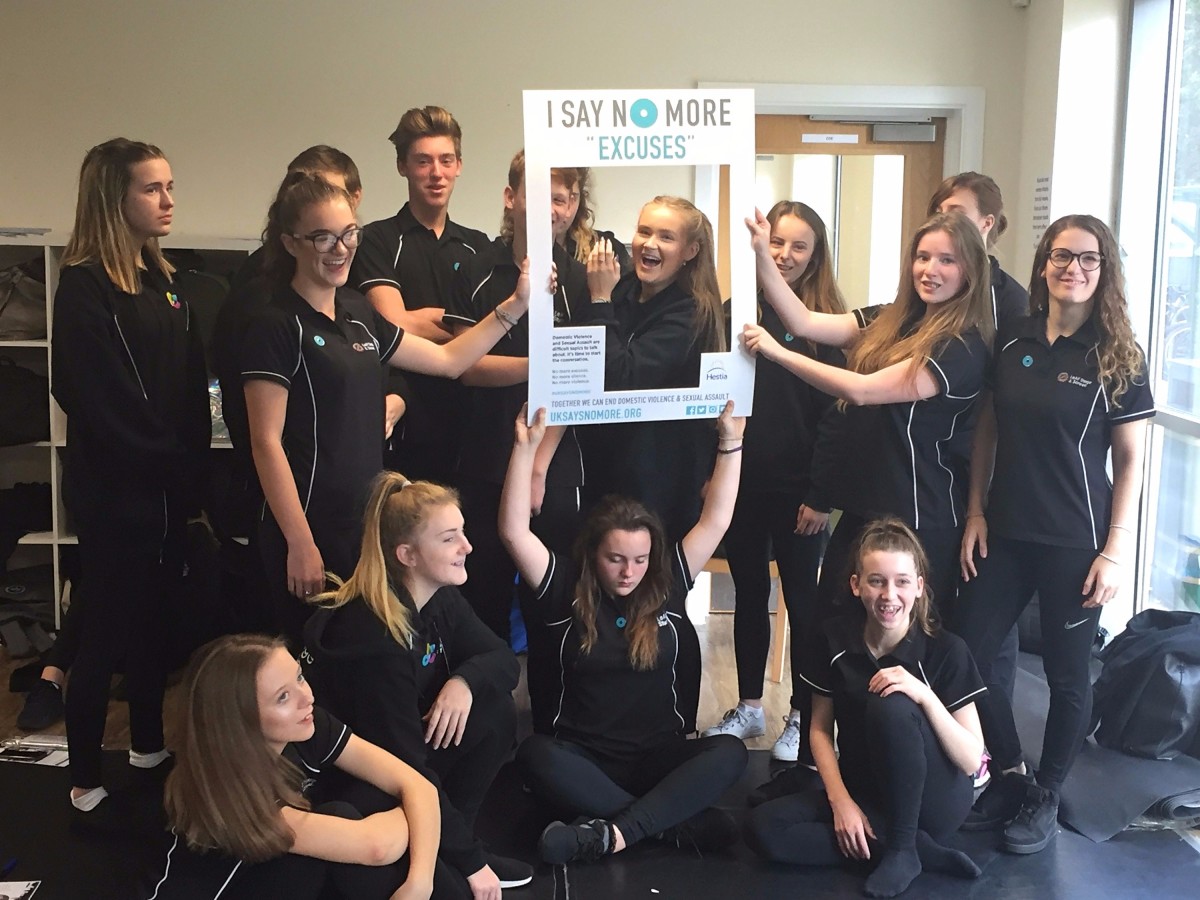 I was overwhelmed by the enthusiasm and passion that the students showed in wanting to learn more about domestic violence and sexual assault. – Pamela Zaballa, Head of Women and Children Services – Policy at Hestia. 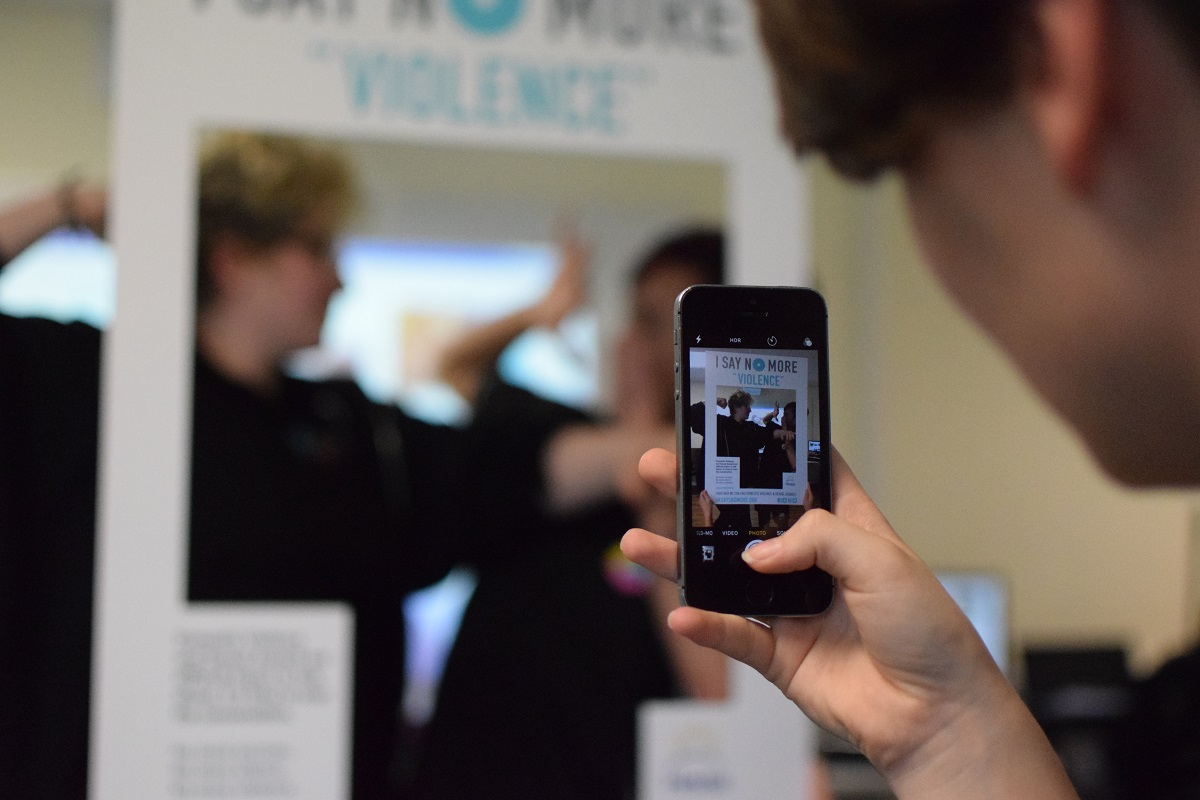 “I was honoured to be able to take part in raising awareness of domestic violence and sexual assault; it was encouraging to see the students so keen to find out more on these incredibly important issues.” – Lyndsey Dearlove, Violence Against Women and Girls Partnership Manager

To round off the workshop, we tasked the students with getting into two groups and creating two visual ‘performances’ to accompany the UK SAYS NO MORE campaign.

The second group decided to record an impactful video with the intention of saying NO MORE violence and NO MORE silence.

The two creations are set to go head to head in a friendly competition to find out which set of students best captured the message of the UK SAYS NO MORE campaign – and you can decide which one wins!

Head over to our Twitter page to cast your vote.

For more information on the SafeDATE programme, click here. 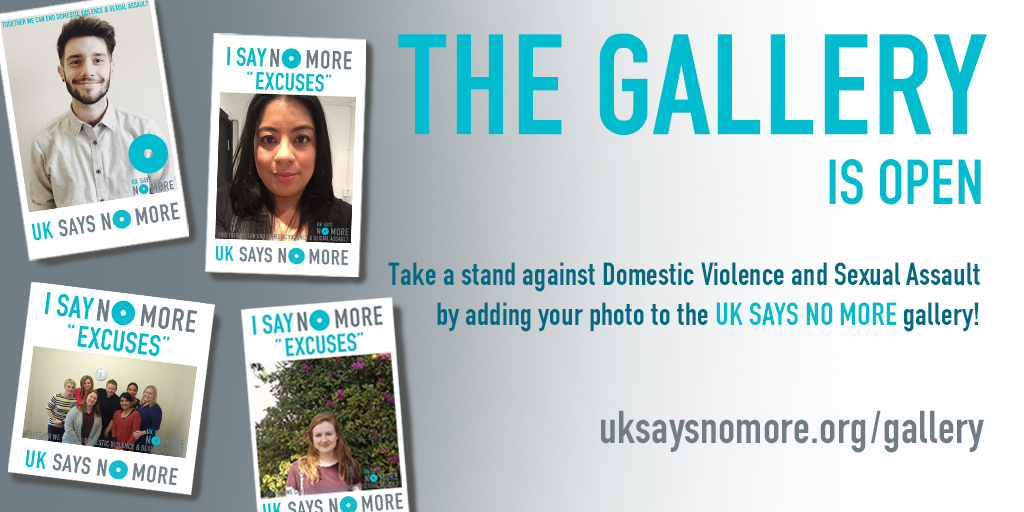