“We have to ensure that we stop the cycle of abuse, and education is the key. We must not shy away from discussing these issues.”

This year, we want MPs to stand with us. We are asking parliamentarians to sign up to support our Charter on Prevention calls for key components of the Domestic Abuse Bill, with a focus on prevention.

We are absolutely delighted that over 100 Parliamentarians in both Commons and Lords have pledged their commitment to ending sexual violence and domestic abuse by signing up to become UK SAYS NO MORE champions. 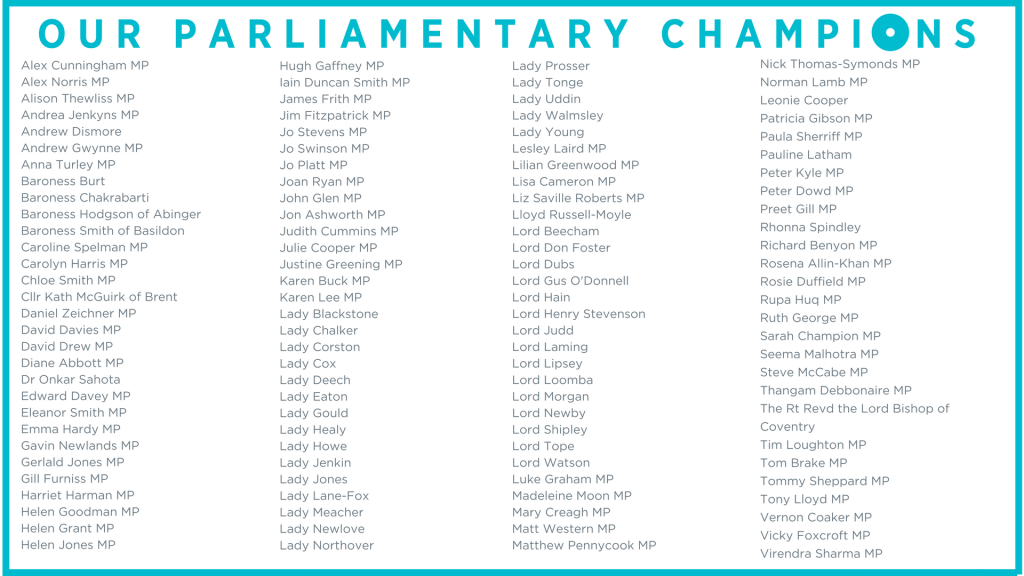 Parliamentarians attended a rally in Parliament on May 23rd to highlight this important cause and to stand together to say NO MORE. We want to send a massive thank you to everyone who attended the rally, tweeted, and supported Together, we can amplify the conversation around domestic abuse and sexual violence.

Parliamentarians have also shown their support by wearing the distinctive NO MORE pin and joining survivors of domestic abuse and the Victim’s Commissioner at the rally in Parliament for the rally event. We were inspired to hear from two survivors of abuse, Natasha and Marzana, who spoke about their personal experience of being in an abusive relationship. 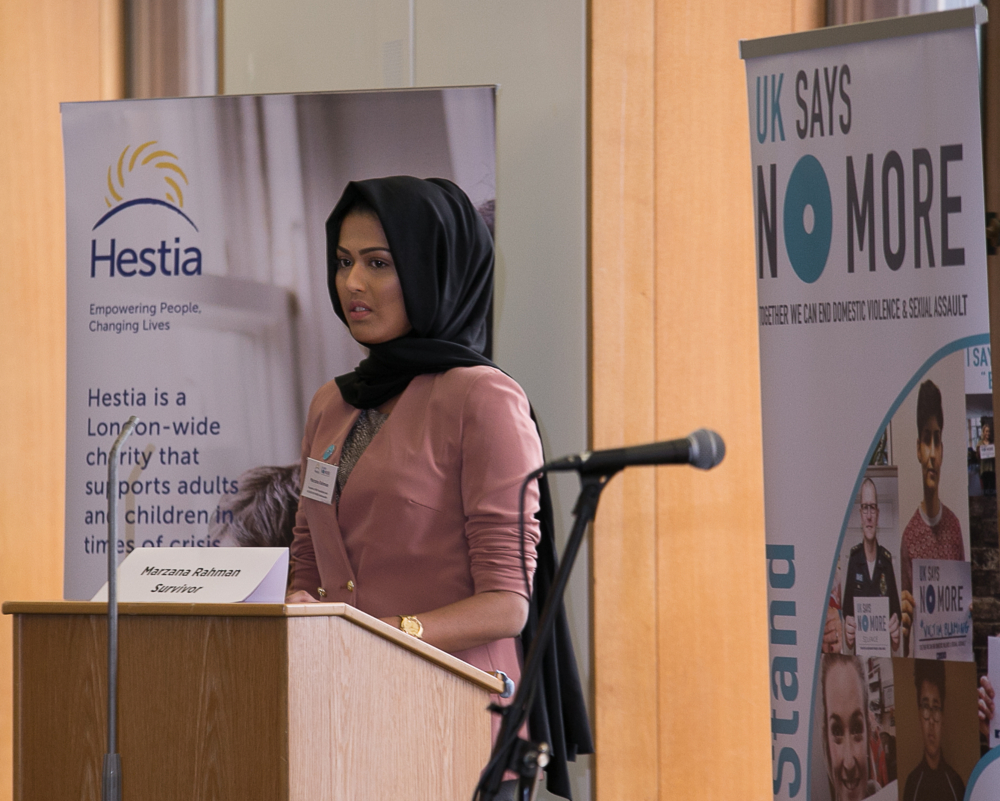 If I knew of the support and guidance that was available while I was suffering in silence, I most probably would have found the courage to leave my abuse partner a lot sooner than I did. Such organisations need as much exposure as possible as ultimately the only thing that can help a victim is to know that they are not alone and nor will the be demonised for speaking up.

In a letter to the Prime Minister, Carolyn Harris MP, who is heading up the campaign in Parliament, has urged the Government to ensure the new Domestic Abuse Bill includes stronger measures to prevent domestic abuse.

The Charter on Prevention: 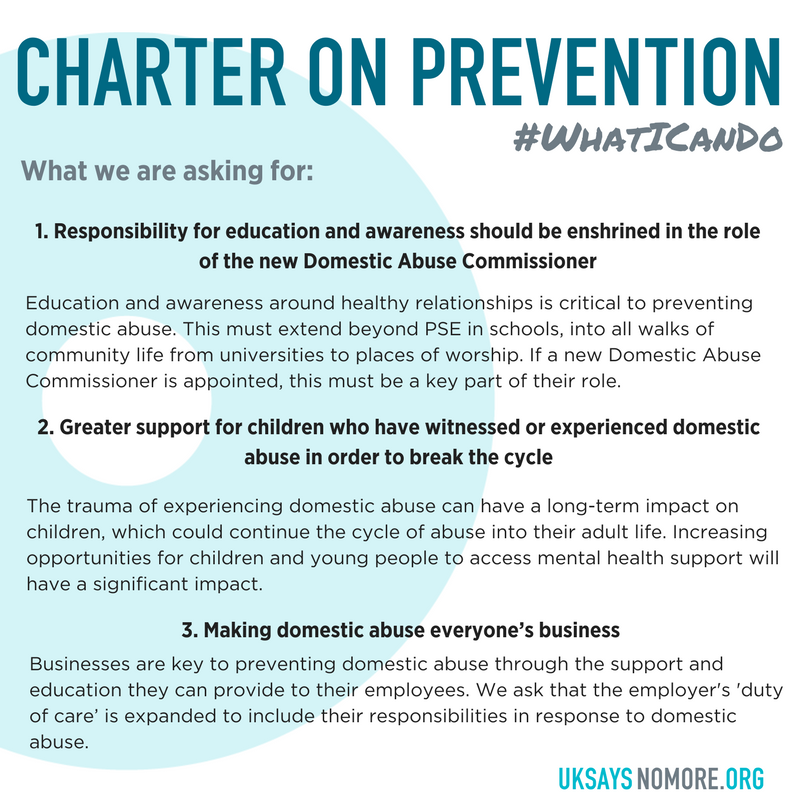 Why are we doing this?

Working with MPs will help ensure that this movement has a long lasting impact on the overall prevention message and strategy. The call comes as new data from Hestia, the largest provider of domestic abuse refuges in London, reveals that more than half (55%) of Brits who witness domestic abuse as a child will go on to be victims of domestic abuse in their adult life. The polling by Opinium highlights the stark need for more action to break the cycle of abuse. 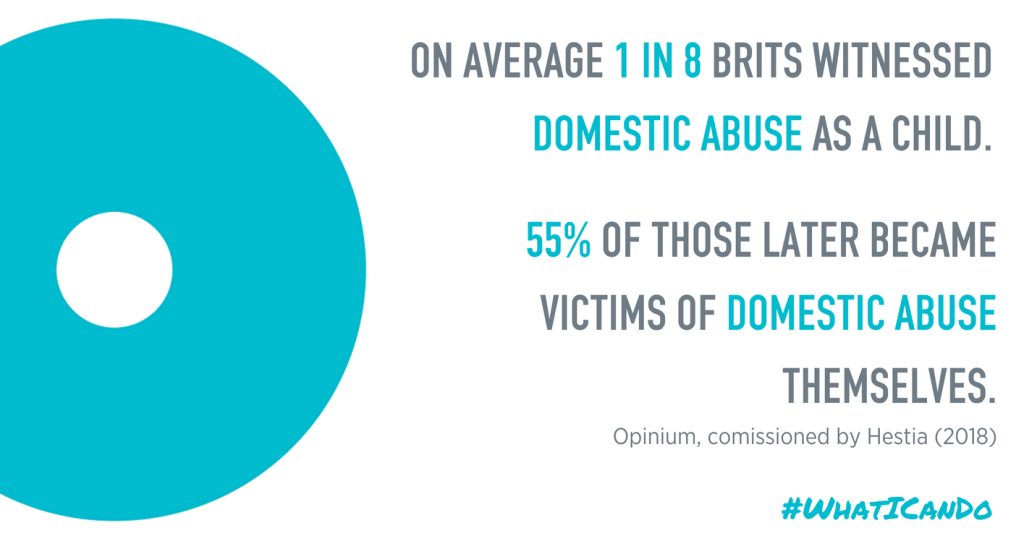 In addition to signing our Charter on Prevention, we are asking MPs to download the Bright Sky app, which they can use with constituents to provide support to anyone experiencing domestic abuse. We are also inviting champions to sign up to domestic abuse and sexual violence awareness training, alongside visiting a domestic abuse refuge.

From our research, carried out by Opinium (2018), it’s clear that MPs come into contact with domestic abuse in their professional and personal lives on a regular basis.

Carolyn Harris MP is spearheading the campaign as our Children’s champion, pushing to ensure children who experience and/or witness domestic abuse are effectively supported and training is in place to ensure professionals are able to identify the signs and prevent further abuse.

Carolyn Harris MP for Swansea East and Shadow Minister for Women and Equalities said: “Domestic abuse has become a silent national health epidemic. It destroys people’s lives and children’s futures. I welcome the Domestic Abuse Bill but the Government can and must go further. I applaud the work of Hestia in taking forward UK SAYS NO MORE week to highlight the extent of domestic and sexual violence in this country. I stand with them and over 100 others in Parliament in calling on the Government to adopt this Charter for Prevention and collectively we are saying “No More”.

Lyndsey Dearlove, Head of UK SAYS NO MORE at Hestia said: “1 in 4 women and 1 in 6 men will be a victim of domestic abuse or sexual violence in their lifetime. We can only end this by turning up the volume on the conversation and recognising that each of us has a role to play. We hope the support shown today from across the political spectrum will result in long-term measures that will bring an end to domestic abuse.”

We’d like to send a special thank you to our corporate campaign partner Promo Solved who provide amazing campaign materials and super speedy service to us. Promo Solved deliver our UK SAYS NO MORE tote bags and arranged a new product for our parliamentary event – a water bottle with the striking NO MORE logo. Both are proving very popular! We can’t thank you enough.

Promo Solved are keen to join the #WhatICanDo movement by supplying high quality, well-priced products for charities, meaning their campaign materials are easily accessible. Check out their large range of products here. 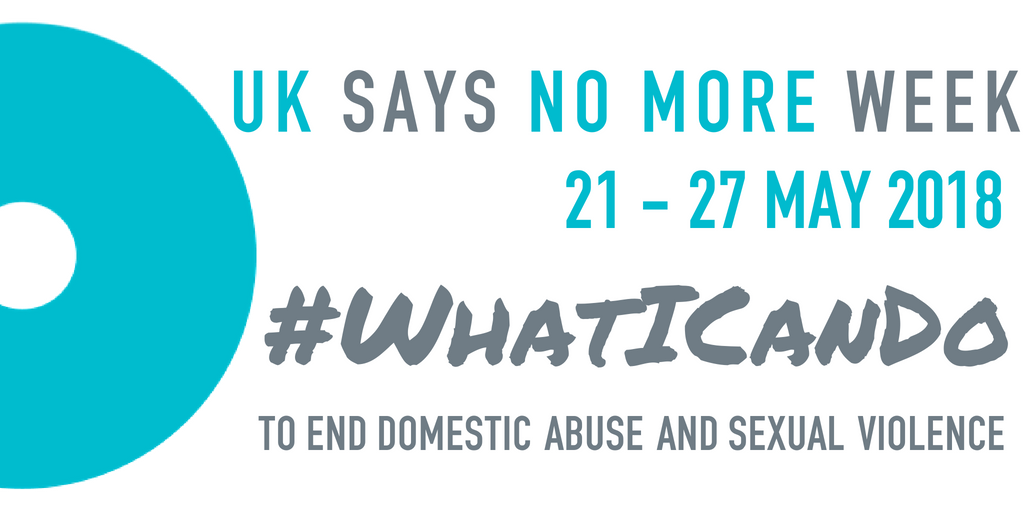 UK SAYS NO MORE Week is 21 -27 May – a time to unite and take action to end domestic abuse and sexual violence.

Get the UK SAYS NO MORE Week Toolkit HERE. The toolkit includes event and fundraising ideas, free resources for you to print, and images to share on social media.