The paramount importance of media representation for survivors of domestic abuse and sexual violence cannot be underestimated. To see stories of abuse and violence told with integrity, truth and accuracy can be cathartic for those who have endured similar horrors. On the flip side, the portrayal of these stories across mainstream and niche media can provide a space for individuals to realise what they have experienced, and seek help.

We’re proud to announce our partnership with award-winning film production company Deva Films, who will be working alongside us in producing videos that aim to raise awareness of domestic abuse and sexual violence, as well as tackle some of the myths and misconceptions that sadly still take hold. We’re beyond excited to see where this partnership can take us!

I’m honoured to be invited to partner with UK SAYS NO MORE in tackling a cause so close to my heart, with the hope of ending domestic abuse and sexual violence. I’m very much looking forward to directing a music video for UK SAYS NO MORE, with exciting plans in progress.

At present I’m financing and on the cusp of going into pre-production with Finding Clive, a romantic comedy feature film that I have written and will direct, set to shoot 2018/19, starring Shirley Henderson (Trainspotting, Bridget Jones’s Diary, Harry Potter) and Roger Allam (The Hippopotamus, The Thick of It, The Lady in the Van) with Alison Sterling of Ignition Films producing.

The Finding Clive screenplay was selected from over 7,200 feature film scripts as a quarterfinalist for the Academy Nicholl Fellowship 2013, second rounder at Austin Film Festival 2012 and 2013. 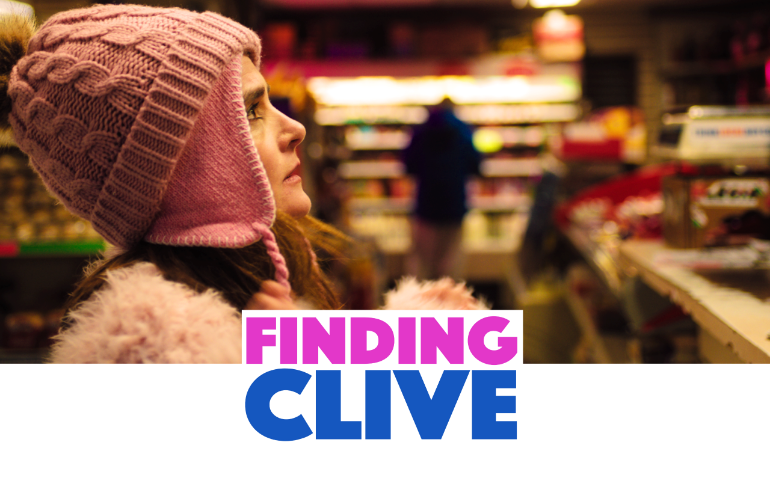 I originally trained as an actress at Guildhall School of Music and Drama with a BP Scholarship, and toured across Canada with my own theatre company. A few years later I went on to spend the summer studying filmmaking at Tisch School of the Arts, NYU, on a William and Eva Fox Fellowship.

In 2006 I was mentored by Gurinder Chadha for a year on the Guiding Lights scheme, which inspired me to set up the ICA Lab – a script development lab where I developed my feature film scripts, Baby, Finding Clive and The Garden.

In 2017 I was awarded a distinction, studying an MA in feature filmmaking at Bath Spa University, where I focused on developing Finding Clive and made an award winning teaser trailer for the film.

Most recently I have been selected to work on horror feature film The Garden for six months, with Michael Lewin Video Commissioner at NOWNESS, as a Final Development Project on the NFTS script development diploma lead by Angeli Macfarlane and Ludo Smolski.