UK SAYS NO MORE Week 2018 (21-27 May) was an incredible week with lots of inspiring action being taken to help end domestic abuse and sexual violence, plenty of conversations happening online and offline, and some exciting partnerships announced.

We want to thank each and every one of you who joined in, in whatever capacity. By uniting our voices we can turn up the volume on these vital conversations. 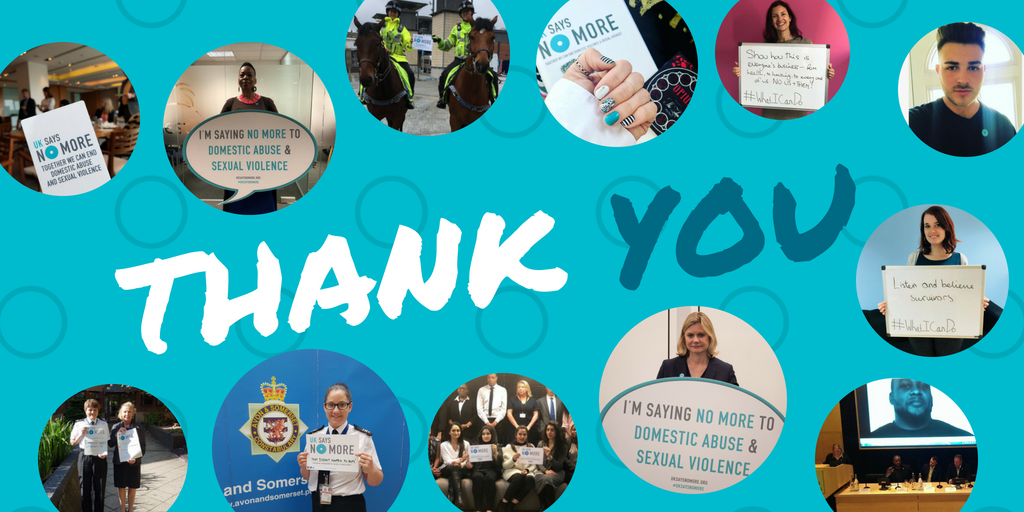 Here’s some of what went on:

Online: With your help, we reached over 230,000 people online through our social media platforms, increasing the national conversation.

Thank you all for a successful UK SAYS NO MORE week!